Is sexism still a barrier for ambitious women? 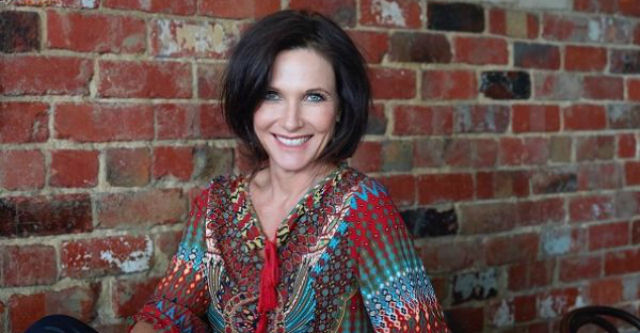 Have you ever felt judged by your physical appearance ahead of your intellect or accomplishments?

If you work and have children, have you ever felt harshly judged for your ambition?

Ever been derided for assertively expressing your opinion?

Ever been cat-called in a public space?

Ever had someone touch you in a way that felt uncomfortable, even threatening, in your workplace or elsewhere?

If you answered yes to any of the above, it’s likely you’re a woman. And if you’re a woman, then you are likely to hold the opinion that sexism is still very much an issue for women in today’s modern world.

If you’re a man, it’s less so. Which is perplexing.

A new study from Pew Research Center has found a stark difference between women and men about whether or not sexism still exists. Where 63% of women believe there continue to be major obstacles for women in getting ahead, only 41% of men felt the same way. I guess it should hardly be a surprise that there is sexism around sexism.

Which begs the question: why?

The fact is, sexism can be so transparent in our society that we don’t recognise it — not in others and often not even in ourselves. It’s a little like ‘white privilege’: if you’re born white you don’t know what it’s like to not be white.

Yet sexism is more pervasive still, because even women hold an unconscious bias against their own gender. In fact, studies have found that women will make harsher judgements when they believe someone (like a job applicant) is a woman rather than a man.

So while this article may come across as male-bashing, that’s not my intention. (I love men, am married to a great one and am raising three more!) We women can be our own harshest critics of each other.

Double standards are so embedded in our culture we often don’t recognise when we’re reinforcing them. Like expecting girls to exhibit more self-control and politeness to how differently we treat women as they age, to the distorted ideas about the ‘natural’ capabilities of boys and girls. And what about how we promote men on potential while promoting women on performance, and even then, women are often passed over because of our unconscious bias and assumptions like: ‘She’ll probably have babies soon and won’t want the pressure!’

I’ve lost count of how many times I’ve been asked ‘how do you do it?’ in reference to my work that requires a lot of international travel while also being a mother to four teenage children. My husband has never been asked. Not once.

Given the pervasiveness of everyday sexism, there is clearly much to be done to arrive at the day when gender becomes a non-issue in how we parent or pursue our chosen career paths.

Until then, those who recognise the chasm that must still be closed to reach gender equality must actively speak up and call out sexism when they see it — both the unintentional and seemingly harmless everyday comments — even those that are seemingly playful and benevolent, that we’ve ignored for so long.

I’m not talking about loud angry foam-at-the-mouth feminism here. I’ve met too many angry women who identify themselves as feminists whom I believe do a profound disservice to the advancement of women.

No, I’m just talking about both women and men paying more attention. Paying more attention to our own double standards we hold ourselves (like referring to adult women as ‘girls’) and simply, graciously, helping shine a light on those we witness in those around us.

Even in our female friends when they collectively label men ‘hopeless’ or ‘useless’ at home which, while seemingly harmless itself, only embeds entrenched and harmful gender stereotypes.

Recently, I heard former army chief general David Morrison shared how the Australian army was slower to wake up to the sexism in its ranks than the airforce or navy.

He shared the epiphany he had when then sexual discrimination commissioner Liz Broderick asked him: “Can you explain why, for the last 100 years, less than 10% of the army has been female?” He couldn’t.

But his inability to provide a good answer led him on a mission to overhaul army culture, a mission famously spearheaded with his YouTube video that sent a clear message to all who didn’t respect women to ‘get out’. The fact it went viral only affirmed the importance of his mission.

The truth is that we need more people to wake up and recognise that sexism is still pervasive in our society and that we all have a role to play in changing it. Simply agreeing it’s not a good thing or that the decision being made by those in power — in business, politics, education, sport — are better when there is greater gender diversity, is not enough.

We have to wage war on sexism on the cold front of where it lives: in our everyday conversations at work, at home and out at dinner on a Saturday night.

This isn’t about women playing victim or making villains of men. Not at all. It’s about taking personal responsibility for the part we each play in holding up the status quo and doing our part to change it.

Can we each do that? You bet.

And it begins by acknowledging that sexism is still a barrier for women.