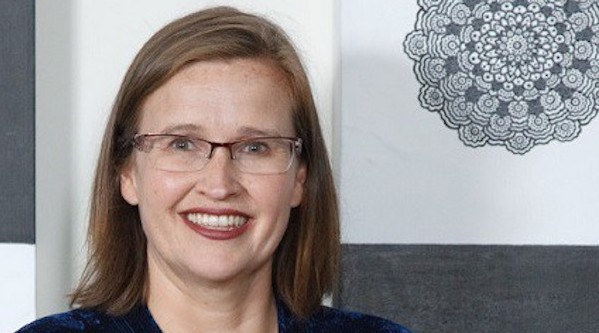 No matter what your profession, industry or employer, everyday sexism exists.

Aside from calling it out as it happens (which understandably not everyone feels they can do), can anything really be done about it?

According to more than 100 leaders of large Australian organisations, everyday sexism can be eliminated.

Through the Male Champions of Change (MCC) initiative, the 100-plus leaders have committed to taking practical steps to identify and eliminate all forms of everyday sexism. And they want other leaders to join them.

The MCC report, We Set the Tone: Eliminating Everyday Sexism, shares some of those practical steps, as well as the results of what was discovered after canvassing 6000 employees to understand what everyday sexism looks like, including its impact on employees, career advancement and productivity.

Different to sexual harassment, everyday sexism is rarely raised or complained about, according to the report authors. It can be either intentional or unintentional, and is evident in workplace interactions, systems, policies and systems. It ultimately impacts both organisational culture and individual careers.

Sex discrimination commissioner Kate Jenkins says people typically don’t raise everyday sexism because it can be seen as too small to make a fuss about. But she said that in her work, including with Victoria Police, the Australian Defence Force, universities and Male Champions of Change, she’s hearing that everyday sexism matters.

“They are out-dated at best, harmful at worst. Unless we tackle everyday sexism, the most innovative policies and initiatives designed to advance gender equality and inclusive and effective organisations will not deliver the change we need.”

According to the report, everyday sexism at work manifests in six distinct ways.

This is the most frequently encountered form of everyday sexism, experienced by women and men, and consists of sexist remarks or jokes, and insulting terms based on gender.

This includes men interrupting or talking over women, men over-explaining things as if women have no knowledge of the issue (‘mansplaining’), and women feeling like their views are not heard or supported until re-stated by a man.

This includes making assumptions about suitability for roles and tasks, on the basis of gender.

This includes comments made about body shape, size, physical characteristics or dress over skill and competence. This form of everyday sexism is especially a problem for women with a public profile, or who are in the media.

These assumptions affect both women and men when it comes to parenting. Women may be subjected to comments that imply poor parenting if they are to prioritise work equally to family, or may have their commitment to work questioned, due to flexibility.

Women may also find they’re expected to explain why they don’t have children. Meanwhile, men may feel discouraged (or even denied) from accessing flexible work due to assumptions that caring is a ‘women’s role’.

This can manifest as women being described as being ‘too bossy’ or too ‘emotional’ or ‘nice’ or ‘not assertive enough’. For men, it could be them being told they’re ‘too soft’.

So what can you do about it?

The report outlines a number of case studies regarding what some large employers are doing to tackle everyday sexism, as well as some recommendations for leaders on taking action.

Some of the report’s strategies include:

This article was first published by Women’s Agenda on October 24, 2017.

We examine how Anna Ross of Kester Black has harnessed Instagram to grow a global audience, unpacking her influencer, content and campaign strategies.

Plus exclusiveThe art of making mistakes

Failure is an ingredient for success. But how do top entrepreneurs embrace mistakes, learn from them, and move on positively?

So, sexism only exists as an issue as it relates to women? I call that sexist!

The author gives examples of men being victims of sexism, see point six.