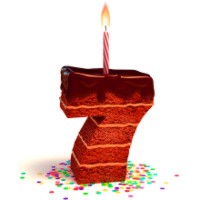 It’s SmartCompany’s seventh birthday today. That’s seven years of reporting on entrepreneurs and SMEs across Australia. We’ve shared the highs and the lows, the triumphant sales and the tragic company collapses.

So, in honour of our seventh birthday, we want to highlight the seven most inspiring entrepreneurs we’ve come across in that time. These are the mavericks and the risk-takers. They’re the entrepreneurs who made us sit up and think.

Carolyn Creswell, the owner of Carman’s Fine Foods, is probably a familiar face from her appearances on television and as the winner of Telstra’s Australian Business Woman of the Year.

Creswell had the vision at the age of 18 to buy a Melbourne muesli company with a friend for $2000, an initial outlay that she has turned into a business which turns over about $50 million a year.

She now employs 130 staff and has grown Carman’s into a multinational brand exporting to 32 countries.

Creswell attributes her success with Carman’s to staying focused on the big picture.

“I think you need to be organised, get the clutter out of your life so you can focus on strategy and risk,” she says.

“I would try and get out of some of the operational detail so you can protect your business to a certain extent and push it forward as aggressively as you can to the next level if that’s what you want to do.”

Australian entrepreneur Mark Harbottle took an unconventional approach back in 1999 when he decided to go into business with a 16-year-old.

He teamed up with Matt Mickiewicz, a Canadian who was in Year 10 at the time, and although their initial web development business, Sitepoint, struggled it gave the pair the idea for 99designs.

Mickiewicz describes it as “a revolutionary way of outsourcing graphic design work and, quite literally, dozens of times better than the next best alternative.”

99designs allows businesses to post design jobs online, with freelance designers competing with each other to create the best solution and claim the commissioned payment.

Angel investors have seen the business’s potential as it raised $35 million in funding in 2011.

Following some savvy acquisitions including Berlin-based 12designer in 2012, and Rio de Janeiro-based LogoChef in August 2013, 99designs now has local language sites in both Germany and Brazil, in addition to its original Australian and US-based operations.

Tech multi-millionaire Ruslan Kogan has turned being controversial into an art form.

He started his online electronics store in spite of critics who said no one would ever buy a television online.

Now Kogan turns over $250 million a year selling thousands of televisions and other electronic goods online.

He’s a genius at getting free publicity for his business by criticising everyone from Harvey Norman to Kickstarter and has no qualms about championing pure play online retailers over bricks-and-mortar stores.

Kogan says advertising through blogs and word-of-mouth is what helps his business grow.

“We simply can’t afford a disappointed customer because they are out there spreading their message. We need to make sure every single customer we have is given first class service, like responding to them instantly when they have an inquiry online,” he told SmartCompany.

“Years ago the only way to judge a product was brand perception, now, anyone can go online, look up specific technical information and so on. Customers don’t have to take my word for it; they look online and see the reviews out there.”

There’s no stopping Kogan’s ambitions for future growth and expansion as well.

“Of course I want to hit $1 billion. I want to hit the many billions, I think we’re a year away from that if we maintain our current growth,” he told SmartCompany last year.