SMEs to miss out on government compo for failed home insulation scheme: “The light at the end of the tunnel has been turned off” 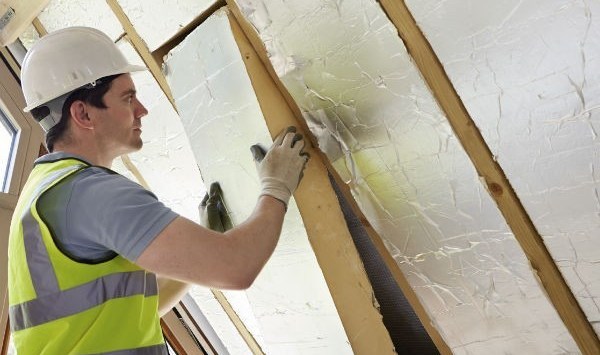 As many as 30 small and medium size businesses that were financially destroyed by the Rudd government’s failed home insulation rebate scheme will be unable to receive payments from the current government because of the cost of applying for the payments, according to an industry action group.

Peter Stewart, chairman of the Home Insulation Industry Action Group (HIIAG), told SmartCompany this morning the owners of many of the family-owned businesses that went under because of the pink batts scheme had “lived until Christmas 2014 on hope” based on promises by the Prime Minister Tony Abbott and his government that they would take action.

A Royal Commission into the scheme concluded in September 2014 and the HIIAG had proposed a compensation scheme based on the commission’s recommendations, which included the presence of an independent mediator.

But the group says the “payment scheme” launched by Industry Minister Ian McFarlane earlier this month bears little resemblance to the scheme the group believed it had in-principle support for from the government.

Stewart, whose own insulation firm was liquidated, says as many as 30 companies that were liquidated or de-registered will find it “very difficult” to participate in the government’s scheme because of the cost involved.

Stewart says even if the companies were re-registered, there is “no guarantee” the business would end up receiving a payment from the government.

“They could end up losing even more,” he says.

Stewart says the scheme also disadvantages the insulation businesses that managed to avoid liquidation because it is not a “compensation scheme”.

“The payments they will receive will certainly not be as large as if it were a compensation scheme,” he says.

While Stewart says it is difficult to estimate the total financial losses of the companies caught up in the Rudd government’s scheme, he says some of the more substantial claims are “in the millions”.

“Basically all the businesses in line for the scheme are small and medium size,” he says.

“A lot are family-owned and some had been operating for 20-25 years. Some have taken out second mortgages on their homes, others have lost their homes and their marriages.”

The Coalition was a vocal opponent of the home insulation scheme and in the lead up to the 2013 election, promised to take action. But now business owners like Stewart feel they have been abandoned.

“They provided the light at the end of the tunnel, which was a great relief to many people who believed they may be able to resurrect their lives,” he says.

“Now that light at the end of the tunnel has been turned off.”

Applications for the government’s payment scheme close in two weeks time but Stewart says he doesn’t know what will happen next.

“We can only hope that the government goes back to the scheme we had suggested, and believed we had in-principle support for prior to Christmas,” he says.

A spokesperson for Industry and Science Minister Ian McFarlane told SmartCompany this morning the government’s payment scheme “is a scheme that recognises the government’s moral obligation to provide payments to those businesses that suffered an adverse financial impact as a direct consequence of Labor’s disastrous home insulation program”.

The spokesperson says the government “wants to get money directly to impacted businesses” and the scheme does not provide compensation or replace any other options for legal redress.

The spokesperson says rather than business owners assessing their eligibility for the scheme, they should contact the government’s Home Insulation Programme Industry Payment Scheme if they business was established prior to February 3, 2009. The government has asked Ian Hanger to act as an independent adviser to help with determining the payments and the spokesperson says businesses can make time to speak with Hanger directly about their individual circumstances.