The game is changing for sacking staff over social media posts: Five unfair dismissal cases you need to know about 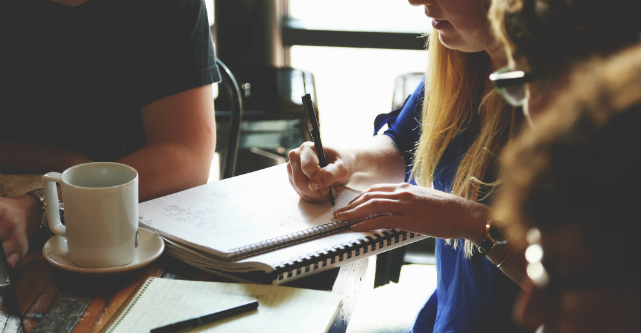 Social media policies can be a minefield for businesses, but the goal posts are shifting for how the Fair Work Commission deals with workers who are fired for criticising their employers online, according to new research.

A paper published in the most recent issue of the Journal of Industrial Relations by Macquarie University academic Louise Thornthwaite suggests that while the Fair Work Commission previously considered all social media communications to be in the “public domain”, more recent decisions suggest the Commission is becoming more lenient in cases where workers could expect “reasonable privacy” online.

The paper draws attention to cases like a 2011 unfair dismissal case brought against Linfox, in which a worker successfully argued they had been unfairly dismissed. The worker had made critical comments about two of his managers on Facebook, but claimed not to have known the comments could be considered ‘public’, Fairfax reports.

The research argues that from this point on, other decisions by the Commission have sought to recognise that workers should be able to communicate with others about the realities of their work online, especially if it is between a select few on social media instead of as a public post.

Workplace lawyers have previously told SmartCompany it is becoming more challenging to set out social media policies that cover all new platforms, especially as workers are incresingly expected to use technology and social media as part of their everyday jobs.

With this in mind, here are five Fair Work Commission decisions about unfair dismissals involving social media posts, and how the Commission decided who was in the right.

Case: In 2014, an employee took credit management company Credit Corp to the Fair Work Commission after he was fired for a Facebook post in which he said a new employee was “the newest victim of butt rape”.

The decision: In defending his actions, the worker said he didn’t understand how Facebook worked and thought he was posting in a private group. However, the Commission found the worker’s posts clearly damaged his relationship with other staff members, and could have brought the business into disrepute. Because the employee had previously been warned about his social media use, the Commission found the business was within its rights to fire him.

Case: In 2015, a worker at a road operations business claimed he had been unfairly fired after his employer ended the relationship over a number of complaints, including that he had used his work LinkedIn account to send messages to someone who appeared to be an ex-partner.

The decision: The Commission found the business was within its right to fire the worker, because when the employer warned him about using a LinkedIn account that was connected to the business for personal use, he was unable to be “civil” with the employer. Anthony Massaro, a principal at Russell Kennedy Lawyers, told SmartCompany at the time the decision indicated that a worker’s social media posts can be grounds for dismissal if the posts clearly identify the worker and their employer.

Case: An employee at Bendigo Health Care Group took management to Fair Work in 2016, arguing it was harsh that he was fired from his role after more than 15 years because he tagged two co-workers in a Facebook post of a sexual nature.

The decision: The employer argued the worker’s behaviour was against workplace policy. The commissioner found the worker should have listened to “the voice in his head” telling him that staff might have been offended by his Facebook conversations, but said because this was the first time he had acted in this way, the worker deserved a warning. The dismissal was found to be harsh, with the employee winning $2000 in compensation.

Case: A worker at ports business Hutchison brought the company to Fair Work last year after it dismissed him for sharing a pornographic message in a Facebook group chat that included some of his colleagues at the company.

The decision: The employee argued the message had been sent outside of work hours and he had not meant to offend anyone. However, the Commission found the business had a clear policy in place to discipline staff for harassment. Because other staff members had complained about the message, the Commission found the employee’s actions had the potential to “spill” into the workplace, meaning the employer was within its right to dismiss him. The case highlights how important it is for employers to explain in social media policies that messages sent out of hours could require disciplinary action, according to workplace lawyers.

Case: A LED lighting business was taken to the Commission last year after firing a worker who wrote an offensive Facebook post about an unnamed person the company believed was related to management. The case, which was heard last year, involved the worker being dismissed after he posted: ““I don’t have time for people’s arrogance. And your [sic] not always right! your position is useless, you don’t do anything all day how much of the bosses c-ck did you suck to get were you are?”

The decision: The business argued it had dismissed the worker because it believed the content of the post related to a work conflict. However, the employee successfully argued he was not referring to the business and was instead letting of steam about a work conflict his mother was involved in at a separate company. The Commission found there were procedural deficiencies in how the business approached the worker to discuss the post, so it was wrong to have immediately dismissed him without asking for more information. The company was ordered to pay $6200 in compensation, with the employer telling SmartCompany the decision was “disgusting”.

NOW READ: Manager loses unfair dismissal appeal after being fired for telling colleague to “show them your tits”