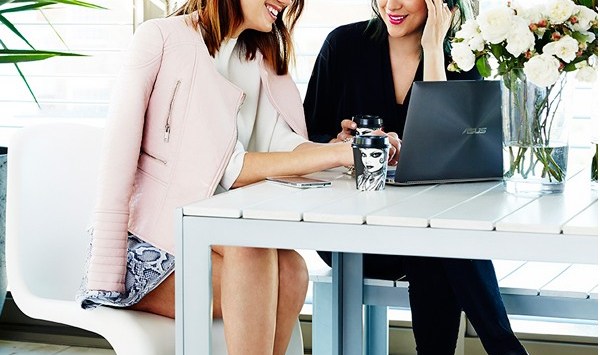 At online activewear retailer Stylerunner, a flamingo trophy is a prized possession.

Employees have the chance to win the trophy each week if their peers nominate them for doing something great that fits with the company’s values.

“Something that is missing from so many workplaces is praise and recognition,” says Stylerunner co-founder Julie Stevanja.

“It is so simple. ‘Good job, well done’ is not used often enough.”

Each week Stylerunner employees anonymously nominate one of their peers for the award via an email system.

The nominations have to be for someone who has done something great in relation to the company’s values of “passion, hustle or being a game changer”.

The nominations are tallied up and then on a Friday afternoon at “kudos hour”, all employees vote for who should win the trophy, which will sit on their desk for a week. Each month, a “tiger” is chosen from the four weekly winners and then at the end of the year, a “lion” is selected and rewarded with a $2500 travel voucher.

“It really comes down to recognition not just from the bosses but your peers saying, ‘incredible job, well done’,” says Stevanja.

It is just one of the ways Stylerunner co-founder Julie Stevanja says the company motivates its employees and creates an inclusive workplace culture.

Stevanja founded Stylerunner with her twin sister Sali Stevanja in 2012 and by the end of last year, the business was turning over more than $2 million and shipping its products to 65 countries.

Stevanja spoke about the importance of company culture at the inaugural Female Entrepreneur Awards in Melbourne yesterday.

The awards are organised by the League of Extraordinary Women, a community-based organisation that aims to connect and encourage female entrepreneurs.

At the ceremony, the Female Entrepreneur of the Year was awarded to MyBudget founder Tammy May.

Stevanja is also passionate about “influencing energy” and attitudes at the company.

“When we first started, one of the things we did was we started a gratitude session every single morning and now we do it on Friday afternoons,” she told the award attendees.

“We often get caught up in those little things every day that might be the train was late or the train was so full and we come in with this feeling of frustration but really, aren’t we grateful that we have a train to get us to work?”

Stevanja says Stylerunner employees have embraced the concept and it is having flow-on effects to how they treat each other, as well as suppliers and customers.

“At the very least we tell them it will be a more pleasant place to work,” she says.