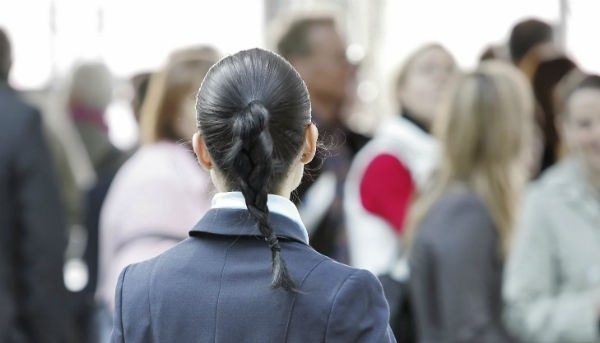 Organisations looking to effectively address racism in the workplace will now have access to evidence-based guidelines thanks to a new report by Diversity Council Australia.

The report, Racism at work, combines the survey responses of more than 1500 Australians across industries, pinpointing the barriers facilitating racism in workplaces and how corporations can address the issue.

A huge 88% of surveyed respondents believe racism to be an issue at work, with more than 90% suggesting organisations need to take better action to address it. Less than a third of those surveyed say their company is proactively preventing racial discrimination in the workplace.

Marking International Day for the Elimination of Racial Discrimination on Monday, the report’s co-author Dr Virginia Mapedzahama said it is critical for anti-racism approaches to be considered within the Australian context.

“We need to consider our history with race and racism and our current denial to talk about racism specifically/directly,” Mapedzahama, who is also the council’s education director, said in a statement.

“Approaches to racism in Australian workplaces will only succeed if they recognise and acknowledge racism as systemic. This really starts with us using the language of racism and calling it what it is, to identify and effectively respond to racism, we need to stop shying away from it by using race-neutral language like ‘harmony, cohesion, culture’.”

“That language, though useful in its own right, will not help us tackle racism.”

“Pervasive and persistent racism against Aboriginal and/or Torres Strait Islander people, as well as people of colour, migrants, refugees and their descendants, is part of Australia’s history,” Annese said.

“Racism is not only the result of behaviours or attitudes from a few people, rather, as our research shows, it is also embedded in workplace policies, organisations and workplace cultures.”

“It is the role of workers at all levels of a business, not just people who are racially marginalised, to provide a racially safe workplace and take action to address racism when it arises at work.”

Annese says that strategies to tackle racism must centre the voices of people who have experienced racism, alongside people who are racially privileged.

DCA, an independent diversity and inclusion organisation that provides research, resources and expert advice, represents up to 20% of Australia’s workforce, according to the council.

The council’s chair, Ming Long AM, said Australian businesses, employers and workers must start addressing racism in the workplace and developing anti-racism approaches.

“No organisation is immune from the scourge of racism,” she says.

“Effective anti-racism, racial diversity and equity approaches should be led and informed by people with lived experience of racism, centring their voices, in partnership with workers who don’t share their experiences.”

“Workers at all levels of a business have a moral and legal imperative to proactively contribute to a racially safe workplace, which means striving to be non-racist themselves and engaging in actions to address racism in their workplace.”

In the US, a growing number of corporations are taking a stand against newly enacted restrictive abortions laws by helping to cover the travel costs for their employees seeking abortions.

What Adam Grant got wrong about bias, and how we can all do better

On International Women’s Day last week, at a time when diversity and bias were in the spotlight, it was hard to miss one of Adam Grant's latest posts, this time full of bias and privilege.

Why impostor syndrome has its advantages
Boosting Female Founders: 10 tips on how to apply for the grant
Behind Adore Beauty’s loyalty program helping drive $113.1 million revenue in just six months
Bring your “A” game: How to improve your marketing management
What is SmartCompany Plus?