Tapping into the grey army: Why employing older workers is good for business 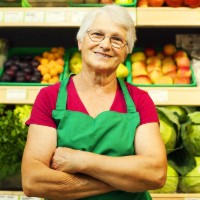 Employers are being urged to change their practices to better accommodate older workers, after the release of the government’s Intergenerational Report last week highlighted the increasing problem of an ageing workforce.

Small Business Minister Bruce Billson told SmartCompany it will be up to small businesses to follow the lead of companies like Bunnings, which have led the way in engaging an older workforce.

“It’s a story that will increasingly be a part of small business strategies in the future,” says Billson.

SmartCompany finds out why employing mature workers is good for business and how your SME can tap into the ageing employment pool.

The Intergenerational Report highlighted the fact an ageing population not only means ageing workers, but ageing customers as well.

Billson says the report highlighted the opportunities for business created from having longer periods of active economic engagement by members of the community.

“The ageing population represents new clients and opportunities for business,” he says.

“The truth is mature age employees bring incredibly experience, insights and have a great capacity to deal with clients in a positive way.”

Leanne Cutcher, associate professor of discipline of work and organisational studies at the University of Sydney Business School, agrees business will increasingly recognise their customer base is getting a lot older as well.

“Organisations are going to need to be able to reflect that back to their customers. People want to have that perception they are being served by someone with experience,” she says.

‘Old’ is actually not that old

Cutcher told SmartCompany there needs to be a shift in perceptions around the definition of old.

“The age at which people get labelled ‘old’ is actually quite young,” she says.

“People are told their old at 45, but they are also being told they are expected to work to 70.”

Nikki Brouwers, chief executive of workplace rehabilitation and health specialist group Interact, agrees there is a misconception that workers need to be young and 100% fit to be in work.

“I don’t think we have the labour market for people to think that way,” she says.

Billson, Cutcher and Brouwers all agree small businesses are better placed than larger corporates to offer the flexibility older workers will need.

“You will have people that might want to have some flexibility as they balance other interests in their lives, such as travel, or adventure, or involvement with family and other interests,” says Billson, who believes small business could offer such people part-time work, rather than committing to a full-time salary.

“I’m already seeing that happen. [Older workers] love the nourishing of the grey matter but they want the flexibility to balance the economic contribution with other goals. That can really align well with small businesses,” he says.

Cutcher agrees many mature workers will be dealing with a range of other commitments, from grandchildren to elder care, and will need more flexible work arrangements.

“Often we find in small business people are already aware of what’s happening in their employees’ lives. That sort of culture is much more conducive to flexibility,” she says.

Cutcher says her research has shown older workers will repay that flexibility by being more likely to stay with a company and are less likely to take sick leave.

Brouwers says offering a split shifts or job sharing is another way to attract older workers.

“You actually find older workers are more willing to work stranger hours because it fits in with their lifestyle,” she says.

Cutcher says employers may be unintentionally putting older workers off from applying for jobs.

“They are unintentionally sending a message about who they want to recruit in job ads,” she says.

“Our focus groups have shown us older workers see images of young people and words describing the workplace like ‘cool’ and ‘funky’ and they think, I’m not even going to apply.”

Brouwers says there is a range of affordable ergonomics solutions for workstations that can help accommodate older workers in the workplace.

“There are some really simple design features that don’t cost a lot of money,” she says.

While Brouwers points to research that shows there are issues with arthritis and weight management with older workers, she says studies have shown older workers make fewer workers’ compensation claims than younger employees.

“So that idea of, ‘I don’t want a broken down old bloke working for me’ is a misconception,” she says.

And Brouwers believes adapting these principles will have broader benefits to your workplace.

“These things should apply to all workplaces regardless because you will have better engaged and healthier staff,” she says.