Asking staff to spend 33% fewer hours at work without reducing their pay is not usually high on the priority list of a managing director.

But that’s been one of Jonathan Elliot’s key management directives in 2017, following a successful three-month trial of five hour work day for all 28 or so staff at the Tasmanian-based financial services firm, Collins SBA.

Elliot had the idea when he started working part-time in the managing director role when his wife Louise was undergoing treatment for cancer last year.

What he quickly discovered was that could get just as much done in his shrunk working week as he was doing previously, and then ultimately have more time to spend with his wife and six-month-old daughter.

“That was the lightbulb moment,” he tells Women’s Agenda.

“My work didn’t decrease. I just had to become more effective.”

Elliot realised just how much fat he had in his working day when Louise had recovered, and he returned to working full-time.

“I was getting back at night time, would have half an hour left to put my daughter to bed, five days week. It wasn’t any kind of balance.”

Many of us can relate. But the standard eight-hour work day is a difficult habit to break: there are meetings to attend, lunch and coffee breaks to have, and general office chit-chat to participate in.

But what if we put limits on our time? And re-thought the ‘working week’ which is currently made up of 8.6 hour days for the average Australian working full-time? 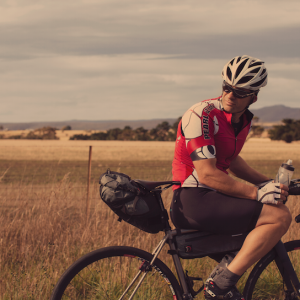 Managing director Jonathan Elliot, not in the office. Source: Supplied

Elliot’s lightbulb moment coincided with the fact the business was exploring policies for attracting more talent. Working with his operations manager Claudia Parsons, they could see the free food, bean bags and pool tables on offer at major tech companies, but couldn’t seriously believe it was creating sustainable change — or making staff any more ‘balanced’ or satisfied with their work.

Time is, after all, our most valuable commodity and (most of us) would rather spend it outside of an office, no matter how comfortable the bean bag.

Then they got thinking about shorter work days, following Elliot’s own experience, as well as international news of the a successful six-hour day trial in Sweden, and reading about a case case study of a paddle boarding business based in the United States.

“We saw real merit in the idea from a business point of view,” he says.

“Our business is being disrupted by tech and constant change. This is happening to so many industries. We have to continue to innovate and change, and turning up to do the same eight-hour day over and over again just isn’t going to cut it.”

Five-hour days would not merely be a way to offer more balance to staff — but also a means to create a renewed culture of excellence and effectiveness.

“The idea of working shorter hours is to constrain your time and absolutely only work on the necessary,” he says.

A great theory, but could it work in practice? 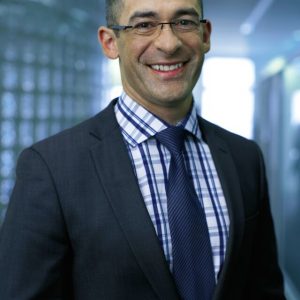 Elliot wrote a whitepaper for the company’s shareholders saying they would start with a three-month trial from February this year, with the priority being that their client service and business outcomes couldn’t be any worse off, and by using new software to ease everyday processes.

They announced the trial prior to the Christmas break, to allow staff to get used to the idea, and to consider the full upside of how it could change their lives.

“We got to the end of April and realised that while it’s not all positive, we believe that on balance things are much better with five-hour work days than without them,” says Jonathan.

From a people management perspective, he’s seen it as a great incentive, particularly for ‘A Players’ who are naturally forward thinking, enthusiastic and are motivated by the idea of getting more done in less time.

But it’s also style of working that doesn’t work for everyone. Elliot says there will always be those who are resistant to change and don’t like to be disrupted. While some in his firm managed to make the transition, with time, he adds that others have self-selected out of the environment. They would rather work the traditional eight hours, with one hour for lunch.

Currently at 28 staff, Elliot says they have had seven new people starting in the past month alone (including three female graduates) with the five-hour work day being a differentiator in the market. He says one new graduate had already accepted a competitive role with a big four accounting firm before looking at Collins SBA, and liking the innovative nature of the firm and the opportunities on offer in shorter working days.

Judging from the photographs on the company’s website featuring lifestyle pics of staff doing everything from bike-riding, to playing golf, coaching a footy team and hanging out with their kids, the office appears to be on board with the new mode of working. Moreover, Elliot says that no current decline in business performance has been noticed. 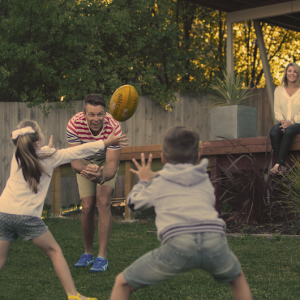 And, while the company has saved money on Friday night drinks — given nobody’s hanging around the office long enough to make them happen — they are spending that budget on healthy snacks in the office, ensuring those working five hours without a break have easy access to nutrition (and coffee) as needed.

Being the managing director, Elliot concedes that he personally has not completely mastered the five-hour work day, but he’s working on it.

“Yesterday, I got home at 4pm. That was really late,” he says.

• Same money, same responsibilities. Every staff member’s remuneration has stayed the same, as have their KPIs, despite now working shorter days.

• Be ruthless with meetings. Collins SBA has replaced their 10-minute daily huddle with a weekly session instead where everyone has 30 seconds to talk about what they’re working on, or to praise someone else. “The daily huddle was a great rhythm to be in, but it would also take out 20 minutes of everyone’s day. We were ruthless and looked at what we could get rid of that’s not essential. The firm introduced Yammer (like Facebook for business) to help with collaboration. Meanwhile, all other meetings scheduled must have an agenda.

• Give time to learn effectiveness. During the probation period for new starters, the five-hour day doesn’t apply. “If you’re starting the role, you’re still learning it, you can’t be as effective as somebody already in the role.” Nobody is forced to leave after five hours and can take longer to complete their work if needed.

• Set times. All staff need to be in the office between 8am and 9am, and work five, straight hours with no breaks. Personal appointments should occur outside of these office hours. “If we’re going to reduce your hours potentially by 33%, we need to be tight on what we allow,” Elliot says. Core hours are 9am to 1pm and everyone must work during this period.

• Establish a list of ‘rules’ or ‘FAQs’ for staff that need to be applied. And make them count for everyone from the receptionist to the chief executive.

• Accommodate client requirements. Being a client-based business, Jonathan says the firm has to make allowances for client meetings. They aim to schedule all meetings during regular hours (and will suggest times accordingly) but will meet in the afternoons when necessary.

• Consider which roles need to be covered across the full day. Reception at Collins SBA is covered across the full day, with a number of staff rotating in the role. That means somebody is always available to answer the phone. “If a client calls before midday, we aim to ensure they are called back before we leave the office. If they call in the afternoon, they are called back first thing in the morning. If the client has an urgent issue, reception will immediately contact their adviser or find someone available to help.”