“The family should be happy”: Six gems from Gina Rinehart on Australian Story 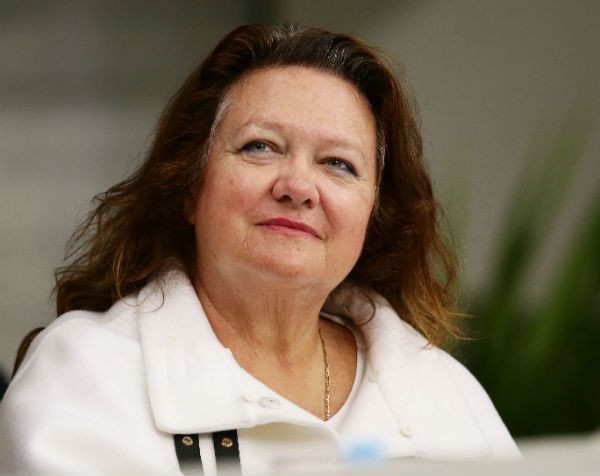 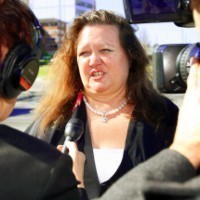 Gina Rinehart’s life and the rise of the Hancock family’s iron ore dynasty are well documented, but the mining magnate was back in the spotlight this week, with some of the ins and outs of the relationships forged during her life the focus of ABC-TV program Australian Story on Monday night.

In particular, the first instalment of a two-part series titled ‘Iron, Iron, Iron: The Hancock Dynasty’, exposed viewers to details of Rinehart’s relationship with her late father, Lang Hancock.

As Australia’s richest person, Rinehart, who describes herself as a “small businesswoman”, has been the focus of many interviews and articles over the years, many of which were fleshed out for the program.

The program’s airing has proved controversial, with Gina’s estranged children John Hancock and Bianca Rinehart calling it “a public relations exercise” in a letter sent by their lawyers to the ABC earlier this week.

Here are five gems to come out of the first instalment last night in case you missed it:

1. Lang Hancock would be thrilled

Never mind the bad blood with her children, Rinehart’s relationship with her father Lang was never an acrimonious one and she told Australian Story her dad would be “thrilled” with the news she had secured financial backing to construct the Roy Hill mine, set to open later this year.

“I know very well my father would have great feelings about what I’ve done.”

2. Margaret Thatcher is a childhood hero

On her overseas trips abroad with her late father, Rinehart recalls the pair being thrilled at the chance to meet former British prime minister Margaret Thatcher on more than one occasion.

3. She was a teen nuclear expert

The program skips back to an interview with Rinehart and her father in 1969, where she and Lang – who believed in using nuclear bombs to develop mines – are asked what the economic advantages of using a nuclear device to produce iron ore were. What is revealed is how well groomed Rinehart was by her father in how to get the media on side.

“I think my father thought maybe it would be like a little less frightening if a teenager explained the concepts of the nuclear explosives. So years ago, he had me up north to explain to the media what this nuclear explosive would do.”

Viewers were treated to interview footage from an ABC-TV story, which aired in 1976, when Rinehart was quizzed on her relationship with her first husband, Greg Milton, and where he fit in the family business.

“Well, I think it’s… We both think it’s best that he has outside interests, rather than just being engulfed in whatever I’m doing.”

5. They just want unearned things to fall from the sky

While the topic of Rinehart’s estranged relationships with her children will be the focus of next week’s instalment, viewers of Monday night’s program were left with no doubt about how Rinehart feels about her children taking legal action to have her removed as trustee.

“They say if you give your children too much, they don’t get the joy out of work, they just want the unearned things to keep falling from the sky.”

6. Rinehart’s kids should be happy

Rinehart appears bewildered as to why her children are estranged.

In a preview for next week’s episode, she’s quoted as saying: “I really felt when we’d got our first mine up and happening, the family should be happy.”