The five people you will meet in a negotiation 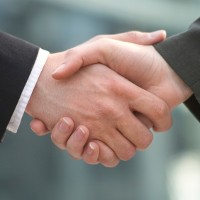 The boss strolled into the boardroom. “Ladies and gentlemen, the numbers don’t look good.” He didn’t sit. He just stood at the table’s head with a bunch of papers in his hand.

Eddie coughed. All others swallowed. Otherwise there was no other noise.

Helen looked around the room nervously.

“Well, back then you convinced me; all of you. But clearly from these numbers,” he looked down at the papers in his hand, “you are not convincing our key accounts.”

Frank rotated his chair nervously from side to side.

“So,” continued the boss, “We’re going to play a little game.”

He smiled. It wasn’t friendly.

Reluctantly, each of the partners made eye contact. While they didn’t say anything, they were all thinking it – so sales were so bad that it had come to this? Me or him. Her or me.

“Frank, put your hand down. Now, here is the one, simple rule: if you can get your partner to stand behind your chair I will give you 50 dollars.”

The silence was cut by a subtle exhale of relieved breath.

“Did you hear what I said?”

Frank’s hand darted back up.

“For a minute there I thought we were part of Hunger Games.”

“No Frank. Your job, and life, are safe…for now. Do you understand the rules?”

Frank continued, “So you want me to convince Eddie to stand behind my chair, right? And then you’ll give me 50 bucks, right? We’re not fired.”

“That’s correct. You’re not fired.” The boss pulled out his wallet from his breast pocket, and with his thumb and forefinger gently pulled out a crisp, yellow note.

“As I said,” he continued. “There’s only one rule. I’ll repeat. If you can make your partner stand behind your chair, then I’ll give you 50 dollars.” This second time, there was an ever so slight emphasis on ‘chair’ and ‘you’.

Silence, but this time for only a second. And then the room erupted. Andrew was the loudest. “Get over hear Brett,” he shouted. “Move!” Brett only laughed. “No, you come here, moron!”

Eddie and Frank were also in hot debate. “OK, Eddie. Trust me mate. If you come to me, we’ll share it fairly,” suggested Frank. Eddie stood, but then sat down quickly, as he realised nobody else was showing any sign of movement. “I promise, Eddie! Please!” urged Frank, “Trust me!”

The commotion of the three groups was in stark contrast to that of Helen and Gerry. Both were silent. Gerry clasped her hands in front of her, and stretched. Helen looked around the room. They clearly wanted to be somewhere else.

“Gerry, Helen, are you OK? Do you understand the rules?” the boss probed.

“OK…so…?” the boss’s eyebrows were raised. “Are you going to, you know, negotiate?”

Helen blurted. “OK! It’s yours. You win Gerry.” Gerry said nothing and only continued to stretch. Neither of them moved.

“Do it! NOW!” screamed Andrew.

“OK! OK! I’m coming. Don’t get so excited,” announced Eddie, as he stood, once more, pushed in his chair and slowly walked around to stand behind Frank. He still wasn’t sure if he was doing the right thing. Why wasn’t anyone else moving?, he thought to himself

“YES! Winner!” said Frank, as he fist-punched the air. The boss clapped loudly for the second time.