The Lighter Side: Daylight Saving is coming 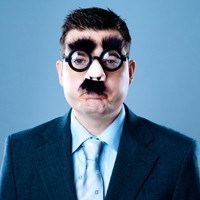 At some point over the course of this weekend you’re going to have an argument with someone about whether to put the clocks forward one hour, or back one hour. Despite a university degree and years of having to endure this mind-baffling time travel, every year it’s the same; if it’s lighter later, is it earlier sooner, or later earlier? Hopefully this video clears it all up for you.