The most overused word in public speaking 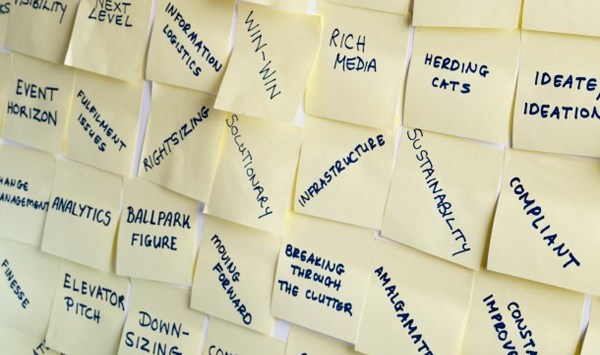 Public speaking can often become a barrage of cliches.

For Bill McGowan, chief executive of Clarity Media Group and author of Pitch Perfect: How to Say it Right the First Time, there are many contenders for the most overused word in public speaking.

In a blog on LinkedIn, McGowan shared his most overused word, as well as a list of other well-worn words.

The runner-up top offenders are:

Here’s a word that has gotten a “real workout” by becoming the crutch of executives incapable of plainly stating their current strategies and future vision, says McGowan.

“’Harnessing innovation as a growth driver’ is the kind of empty nonsense that parodies are made of,” he writes.

“I always get a chuckle when companies, whose business model is decades old, talk about how they’re going to “adopt a disruptive mindset and corporate culture,” McGowan writes.

We hear “focused” being regularly spouted along with the compounded “laser focus” and McGowan wishes we would retire them both.

Although seemingly benign, it’s the overused cliche sentence “we take the X of our customers very seriously” that lands this up there for McGowan.

He claims the “grotesque” overuse of these type expressions has left them almost meaningless.

However, taking first prize as McGowan’s most overused word is:

The problem, wagers McGowan, is 99% of all public speakers use this particular word at least once within the first 30 seconds of their presentation.

Public speakers should be aiming to be distinctive and should avoid cliches like the plague – so do your audience a favour and just leave them out.