The problem with corporate speak 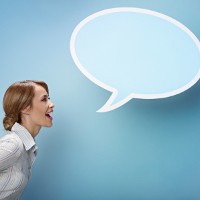 A bit of background

Last week I caught up with Steve Vamos for a coffee. No agenda, just a quick catch up on what we’ve been doing lately. I should have known better.

If you’ve met Steve, or followed his amazing career (he worked with Steve Jobs at Apple, he was the chief executive of Microsoft Australia, a non executive director at Telstra and founded the Society for Knowledge Economics), you’ll know he’s got an inquiring mind, is always looking for the bigger picture and how he can make a difference.

So it didn’t really surprise me when, after receiving my coffee and having taken just one sip, Steve threw out a big question,

“If a chief executive asked you for advice on what they should focus on to accelerate growth – and you had carte blanche to do anything – what would you say?”.

Hoping to demonstrate insight, if not pure brilliance, I quickly rattled off some ideas about investing in leadership capabilities and structuring an operating model to promote collaboration and access collective intelligence.

And then Steve said, “Thanks, I just wanted to listen to your language”.

That stopped me dead in my tracks and, like a film rewinding at the speed of light, I tried to remember what words I had used and what they may have revealed about my thoughts.

At the time I had answered Steve I had chosen my words carefully, but truth be told I was much more conscious of the content of my ideas than my language. I wondered what unconscious speaking patterns I had fallen into.

Steve’s strategy of deliberately trying to listen to my language, in isolation of the actual content, was inspired. It would have given him a different view on my thinking and frame of reference than if he had focused on the content at the same time.

It made me wonder – if I applied a similar strategy – and stopped to listen to the daily language we use in the corporate world – what would I hear?

Two insights about language in the corporate world

Two things struck me immediately: firstly, jargon seems to be the name of the game and secondly – and a little oddly when I now think about it – the corporate world seems to be infatuated with language originally created in stereotypically masculine settings.

1. A little dose of jargon

Not a new insight I’ll be the first to admit – but if you listen to different professions, workplaces and companies you will hear different “speak”.

Lawyers talk about jurisdictions (not countries) looking at things “prima facie” (instead of “at first glance”), “withdrawing” (as in “I withdraw that”) and taking an “objection”.

Management consultants talk about “buy-in”, “stakeholders”, being “directionally correct” (which is code for: “good idea, but no cigar!”) and “adding value”. Engineers talk about “live loads”, “continuity” and “deflection”.

I would be the first to concede there’s a real joy in learning and using the words of a “tribe” you want to belong to, but when you are not part of that tribe, trying to understand what the heck they are talking about lets you know exactly where you stand – outside.

2. Blending in industrial and military language

On that second point of the corporate world appropriating language created in non-corporate settings, I noticed how much industrial language is used in white collar offices.

Offices which are far removed from a manufacturing plant or a building site. We talk about “scale”, “leverage”, “industrialisation”, “tools”, ‘bandwidth”, “tools of trade”, “hardware”, being “hard-core” and “resources” when we are talking about people, ideas and ways of working, not industrial equipment.

Why is that? Are we trying to invest white collar workplaces with a toughness we associate with soldiers?

The bigger questions I asked myself are: What difference does it make?

And more pointedly: Is all of this jargon and misplaced language undermining diversity and inclusion in a way we are not conscious of – or even ignore?

How much time is wasted trying to communicate across boundaries created by jargon?

What must it be like for someone who has come through military conflict to work in a corporate world infused with that theme?

If we had a blank slate and chose only words which created bridges, facilitated collaboration, fostered inclusion, enabled cross-cultural communication and supported diversity, would we still use the terms and phrases which now roll off our tongues?

If this was uppermost in my mind when I spoke with Steve, would I have talked about “capabilities” and “operating models” or would I have chosen words a little more “Plain English”?

We all know that words matter, what we might not see clearly is how our words unintentionally convey or reinforce workplace boundaries.

How they send subtle messages about who is a right fit.

How they interfere with clear communication.

It may be the right time to start doing that.

What do you think?

Juliet Bourke is a partner at Deloitte Touche Tohmatsu

Corporate speak will be the death of me. Adjusting to it is so difficult. I cannot convey what I have in my head without using slang and I guess that makes me sound dumb.