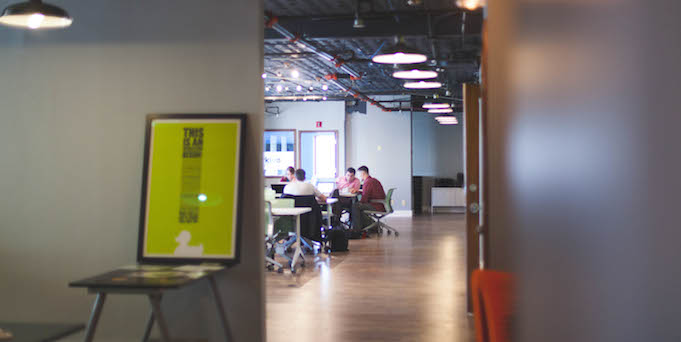 Issues relating to sexual discrimination and sexual harassment seem to be a hot topic for us as of late.

This might have something to do with the fact that office Christmas party season is just around the corner, but also is likely a reflection of the increased awareness and reduced tolerance both employees and employers now have around these issues.

Most employers would probably like to think that sexual harassment or discrimination isn’t something that would happen in their business but, unfortunately, the data suggests otherwise. In a national survey conducted by the Human Rights Commission in 2012, it was reported that 21% of respondents were sexually harassed in the workplace in the past five years.

It’s not like this needs to be said, but the cost and detrimental effects of sexual harassment in your workplace can be hugely devastating on a number of different levels. Employee safety, morale, workplace culture, productivity, company reputation and financials are all at risk of being severely compromised if incidents of sexual harassment or discrimination occur and are not dealt with appropriately. Just last week, it was reported that an employee who was subjected to sexual harassment at work was awarded over $700,000 in damages!

As an employer, more and more, it’s important to take this topic seriously and be proactive about how you approach it with your team in order to best prevent it.

Getting everyone on the same page in terms of how to define sexual harassment and discrimination, along with the fact that it won’t be tolerated, as well as what’s acceptable and unacceptable behaviour in the workplace is incredibly important.

Even as a small business, it’s important to have these expectations clearly outlined and ensure your employees are aware of where you stand on the issue as a business. Implementing a sexual harassment and discrimination policy within your business is a good step in the right direction to achieving this.

Holding info sessions or workshops to further explore the topic with your employees may seem like overkill initially, but is definitely an exercise worth doing. These sessions will give your employees an opportunity to ask questions and consolidate their understanding about what’s expected of them as well as when and how to stand up against and report any sexual harassment that might occur in the workplace.

There are a bunch of resources available to you as an employer to help educate your team including off-the-shelf online training courses, external HR services to develop tailored workshops and contacting legislative and expert bodies like the Human Rights Commission for more info.

3. Practice what you preach

Ideally it would be great if incidents of sexual harassment and discrimination never occurred at work but the reality is that you’ll come across it in some shape or form, whether it is something that’s considered as a harmless joke or something a lot more extreme and serious like physical violence. The most common thing that seems to go wrong when dealing with cases of sexual harassment is when incidents are either ignored or not dealt with appropriately. When employees make complaints relating to sexual harassment or discrimination, don’t just brush it off as if it’s not a big deal. The incident may seem like a small issue now but if it’s left to fester and not dealt with appropriately, it will definitely become a much bigger problem.

The sexual harassment case mentioned above where the employee was awarded $700,000 in damages, made a strong point of the fact that the employer repeatedly ignored the employee’s complaints and made little to no effort to acknowledge and resolve the situation. Different workplace cultures may have different tolerance levels when it comes to this topic but that’s a risky assumption to work off as there are clear and legal definitions of what constitutes sexual harassment under the Sex Discrimination Act and whether a certain behaviour was ever intended to be unwelcome, offensive, humiliating or intimidating or not makes absolutely no difference.

As an employer you have a certain set of obligations and responsibilities when it comes to ensuring that your employees aren’t subjected to sexual harassment and discrimination in the workplace. If you haven’t paid attention to this topic before, now is as good a time as any.