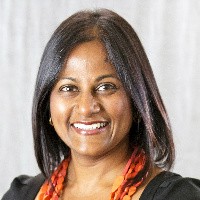 I have a confession to make. I have become addicted to the Australian series of Shark Tank. It’s a master class in negotiation, pitching and influence all rolled into one!

Shark Tankis where budding entrepreneurs pitch to potential investors known as sharks. The sharks decide whether to invest and negotiate deals for equity and capital.

It is reality TV so it’s high drama! But what makes it work is the sharks, who are all successful business people in their own right. They impart insight and opinion that is sometimes brutal, but often priceless.

So in the wheeling and dealing that makes up business, what matters? Is it the quality of the idea, the execution or the business plan?

These are just some of the lessons Shark Tank has taught us so far:

During one episode, real estate entrepreneur John McGrath bluntly tells a candidate: “I can’t invest in you.” When you are pitching, presenting, or leading, ask yourself: would people invest in you? This is about personal credibility and believability. The wisdom out of Silicon Valley echoes this: venture capitalists say they invest in the founder as much as in the idea.

Get out of the passion prison

The sharks are totally unimpressed by passion, and the show is littered with passionate entrepreneurs who did not make the cut. What the investors look for in addition to passion is commitment, some level of execution and persistence.

One unsuccessful contestant was talking about a software product without any sort of demonstration. One of the most successful pitches was Adam Riley with a foldable electric skateboard. Janine Allis, one of the judges, even used it on the spot and it worked perfectly. Adam had all the sharks battling each other to invest. The more real you can make your idea the better. Showing a prototype, and moving abstraction into reality, makes it easier for people to be persuaded.

So how can you use these principles in your next pitch, your next meeting, or when the stakes are high at work?