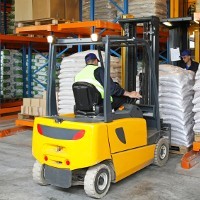 The number of people starting apprenticeships and traineeships has increased, according to figures published last week by the National Centre for Vocational Education Research.

These increases signal a turnaround from an ongoing decline in apprenticeship numbers which sparked crisis meetings between the Australian Council for Private Education and Training, Australian Chamber of Commerce and Industry, TAFE Directors Australia, the National Association of Apprenticeship Centres and the Industry Skills Councils.

Sue Fergusson, general manager of statistics at the NCVER, told SmartCompany the data is complex and it’s hard to pinpoint turning points, but it look like the number of apprenticeships has stopped falling.

“The growth outlook is quite subdued but the fact that there seems to be a stabilization, if not a slight upswing, is positive,” Fergusson says.

“Employers of apprentices and vocationally trained workers start employing when they have orders on their books and demand from their customers.”

But John Osborn, director of economics and industry policy at ACCI, told SmartCompany the figures have certainly turned around but it’s really too early to see whether the ongoing downward trend in new trainee and apprenticeship starts has reversed.

“Business welcomes early positive signs in the apprenticeships and trainee commencements, but it is far too early to claim mission accomplished. We would want to see much stronger results over a period of time,” he says.

“ACCI has warned the government that the large reductions in employment incentives for employers of trainees and apprenticeships have resulted in a dramatic drop in the number of commencements.”

Osborn says the government needs to address the root causes of businesses being unable to take on more apprentices and trainees.

“If this isn’t addressed we will face intergenerational decline, which will hurt small businesses the most,” he says.