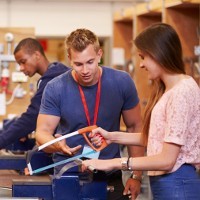 At least three out of four vocational training providers are giving students substandard training or assessments, according to the industry’s regulator.

The Australian Skills Quality Authority (ASQA) found 20% of the colleges it audited fully complied with its standards during the 2013-14 period, according to its latest annual report.

This means 303 of 1515 training providers were up to scratch when first audited.

Despite this, only 74 of the colleges deemed to be non-compliant by the industry regulator had their registration cancelled or suspended during the 2013-14 period.

A spokesman from ASQA told SmartCompany registered training providers (RTOs) that apply to the regulator go through a five-year registration process. At the first stage of the auditing process as many as 80% have at least one none-compliance issue.

“Those non-compliances can range from very minor matters to very serious matters,” he says.

“After the initial audit and we identify non-compliance, RTOs are given a 20-day rectification period to address those non-compliances. After that point, the proportion of compliant RTOs increases to around 77%. Once we’re at that stage, those 23% who are still not compliant can be subject to regulatory action from ASQA.”

Regulatory action can range from a written direction to rectify a specific issue, or in the case of a very serious non-compliance the RTO can be issued with a notice of intent to cancel or suspend their registration until those compliances are met.

“They will apply from early 2015 and ASQA is currently in the process of enhancing the information and guidance it provides to RTOs about the new standards in order to improve rates of compliance.”

However, Peter Strong, the executive director of the Council of Small Business Australia, told SmartCompany the regulator should shoulder blame for the results.

“Part of the problem is the regulator without a doubt,” he says.

“I speak to RTOs [registered training providers] and they spend more time getting ready for the regulator than they do on the training. The regulators are over-regulating those that are doing a good job.”

Strong says if less than a quarter of RTOs are meeting the regulator’s standards the first time around, then that brings into question ASQA’s assessment guidelines.

“They [ASQA] should be saying, ‘What do we do about this and work with the industry on this?’ There’s no way that just 20% of RTOs are any good.”

Strong says there is “no doubt” that the VET system needs to be overhauled and he supports the Minister for Industry Ian Macfarlane’s vision to do so.

“The VET system is failing small business and, as I said, the regulator is part of that problem. They should be working with the industry not against the industry to come up with a system that works properly.”