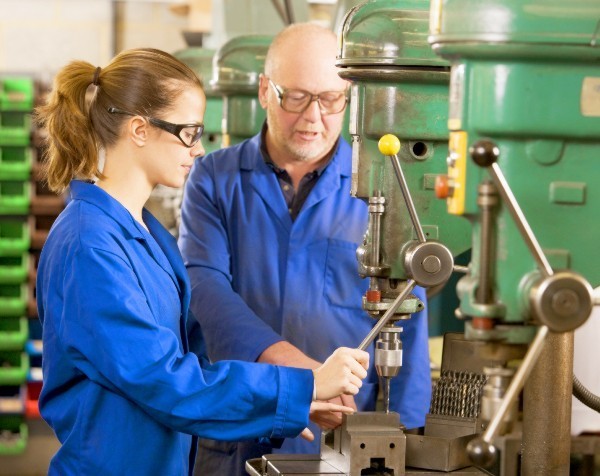 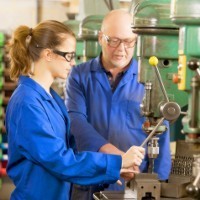 Recent weeks have produced various horror stories of the workings of dodgy private providers of vocational education and training, including the latest: a recall of certificates due to sub-par standards in these institutions.

Vocational training is crucial for both young Australians and the future of our economy, yet in recent years private providers who face little oversight or scrutiny have turned the sector upside down.

The problems with private providers

Private providers are amassing huge profits at taxpayers’ expense, the quality of the system is declining and students may face large debts for courses they either didn’t complete or were not of a high standard.

Unscrupulous practices by some private providers include:

These practices were brought sharply to light by a government review of Vocation, a large provider which had over 24,000 new course enrolments in 2013. At the time of the review, Vocation’s government funding was forecast to grow to A$1.2 billion by 2017.

The review resulted in the forfeiture of A$19.6 million after identifying unscrupulous practices. These included an over-reliance on third-party student referrals, enrolling students in courses inappropriate to their needs and delivering a low-quality training experience. After initially declaring to investors that the review would be immaterial to earnings, the company has been forced into multiple trading halts on its free-falling shares to ensure adequate transparency over its operations.

Privatisation was supposed to improve the range and quality of training offerings, make the sector more responsive to the needs of industry, and to provide greater transparency. None of these promises has been met. The lack of transparency seen with Vocation is far worse for unlisted providers and for unregistered providers party to subcontracting arrangements.

All of this has contributed to a loss of public trust in the vocational training system and huge damage to the long-term sustainability of TAFEs.

The annual report of the Australian Skills Quality Authority last year found that 75% of Registered Training Organisations failed to meet minimum standards on a first inspection.

TAFEs have historically been the main provider of training, especially in regional Australia. They offer a range of career-focused courses for students not going to university.

In recent years the states, headed by Victoria, opened up government funding to all training providers, public and private, who vie for it. This has meant public TAFEs have had to compete for the funding previously allocated to them.

This has led to a proliferation of private providers – now over 3000 – hoping to get a share of this lucrative taxpayer-funded training.

Unlike universities, there are no caps on what private providers can charge students for courses through the VET FEE-HELP scheme, under which students incur a debt similar to the HECS debt for a university course.

We have seen huge profits accruing to private providers, which are far in excess of what a company in a genuinely competitive market could reasonably expect. For example, Australian Careers Network, another large private provider, recorded a 51% profit margin in 2014, while several other providers recorded profit margins of over 30%.

In Victoria, TAFEs now have just 27% of enrolments. Other states are also seeing TAFE’s share of funding drop. TAFEs still provide the majority of training to disadvantaged students and those in regional areas, as well as many courses in traditional skill shortage areas, which do not deliver as big a profit margin to private providers.

So how can we fix this?

The standard answer is better regulation, but there are huge doubts as to whether this could work. This is not just because of the huge number of private providers, whose business models are so complex that regulators will always struggle to keep up.

Education is what economists call an “experience good” – meaning it’s impossible to judge the value of a course of study until you’ve completed it and tried to use it to get a job or undertake further study. That’s why, in a fast-changing marketplace fuelled by taxpayer subsidies, trying to regulate by giving more information to students will not work.

The VET FEE-HELP scheme means that courses are “buy now, pay later”, which makes it easier for unscrupulous operators to sell students courses that are low-value or useless. For young students who are eager to find work, it is easy to take at face value the promises made by private training organisations and realise too late that they have made a mistake. Students have been left with large debts for incomplete or low-quality courses. Vocational training image from www.shutterstock.com

In order to reverse this trend there must be a minimum hours requirement to stop year-long courses being completed in just a few weeks, providers should not be allowed to sub-contract training to unregistered third parties, who are effectively out of reach of regulators, and more scrutiny is needed of how for-profit training organisations are marketing themselves to potential students.

We also need to recognise that the public sector, through TAFE, should remain at the heart of vocational training and that it needs support to remain a sustainable provider of high-quality, trusted vocational qualifications. Where private providers have lagged, TAFEs continue to service the needs of students from disadvantaged backgrounds (including those in regional areas), and are more likely to offer higher-cost courses in skills-shortage areas.

TAFEs just can’t fairly compete with private providers who can choose to offer only profitable training courses and to educate only students of their choice – usually those who can pay high fees and from relative advantage. Some recognition of this public role of TAFEs needs to be built into the funding system.

A cap on the funding available to private operators would give TAFEs some certainty about their operations and ensure they remain the custodians of high-quality vocational training.

If a more sustainable funding model for TAFE is not found, then it is very likely that public confidence in the entire system of vocational qualifications will be fatally eroded, robbing future generations of a chance to improve their skills and find quality jobs.

We need to recognise that the rhetoric of privatisation has not matched reality, and work out how to shift to a system that reliably delivers what students expect – a high-quality course at a fair price.