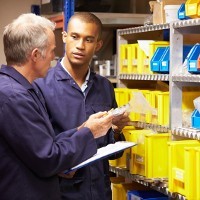 Private training providers are holding an emergency summit today in response to reports about education providers distributing misleading advertising, delivering poor training and soliciting students for courses they are possibly not suited to.

Vocation was forced to cough up the cash after an investigation by the Victorian Department of Education into two of Vocation’s registered training organisations found they were not up to scratch.

Rod Camm, chief executive of ACPET, told SmartCompany the emergency summit will try to find an industry-led solution to complaints about the quality of training provided by private providers.

“It’s just time for the industry to get together and really understand the issues and make sure the industry is driving the reform agenda,” he says.

Camm says “nobody is more frustrated” by the ongoing problems than ACPET’s members.

“The problems are only at the margins of the sector but that doesn’t mean we can pretend its not a problem,” he says.

Camm says Vocation is not the only provider that has to pay back government funding and from ACPET’s perspective regular audits of the sector are “a good thing”.

Camm also responded to complaints from small businesses that training is not up to standard and is not in the areas that businesses need.

“Quality is an absolute focus for us and SMEs are time poor, running on small margins and to engage in a training program it needs to add value to them,” he says.

But in terms of qualifications that are being chosen, Camm says this is a question for businesses and students, not training providers.

“Forty-two per cent of graduates from the vocational training sector go on to work in that sector, so general education is very important,” he says.

Camm says the sector needs to eliminate poor performance so that it doesn’t undermine its reputation.

“We are very pleased that governments are now putting in checks and balances in the market place to make sure public funds are getting value for money,” he says.

Group Training Australia declined to comment ahead of the meeting.