VET funding list met with optimism, but experts say government needs to think about the future of work 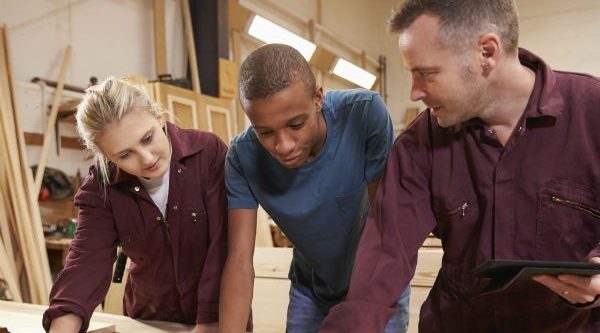 Australian employers and students will have time to consider the federal government’s proposed changes of funding to the VET sector this week – but experts say there must be a sharp focus on the skills the country needs in future if the sector’s reputation is going to be properly restored.

The government released details of its proposed overhaul to the VET space last month and today has released a list of 347 courses for public consultation that it believes will ultimately be eligible for funding support under a new VET loan scheme.

However, courses in some sectors will lose funding under the changes, including those focused on holistic counselling, fitness coaching, flower essence therapy and jewellery making.

“Currently there are far too many courses that are being subsidised that are used simply to boost enrolments, or provide ‘lifestyle’ choices, but don’t lead to work,” said Education Minister Simon Birmingham in a statement on the release of the list.

The courses included on the list prioritise STEM areas and according to the government, have been cross checked against a list of employment skills that state and territories require.

The suite of funding changes include caps on the dollar value of loans in particular study areas, with students to pay the gap between the cost of a course and government loan amount.

Employers and students have been intensely frustrated by rorting and poor standards in the vocational education sectors, with collapses of key training providers in the sector hurting confidence.

The day after the government announced the new VET funding model, training provider the Australian Institute of Professional Education (AIPE) appointed liquidators from Ferrier Hodgson to the business, which will continue to trade as liquidators perform an “urgent assessment” of the business, according to the ABC.

In March 2016 the Australian Competition and Consumer Commission brought proceedings in the Federal Court against AIPE, alleging it made false and misleading representations in the sale of courses to students between 2013 and 2015.

Small business groups have previously told SmartCompany the current VET system does not cater appropriately to the needs of employers.

“The system needs to be performance-based, you’re training people for jobs so it should be based on people getting jobs,” Small Business and Family Enterprise Ombudsman Kate Carnell said in August.

While experts have told SmartCompany that the government’s suite of proposed changes is much needed for both employers and students, they say it’s important to be forward looking and understand the benefits of the system in order to make it the strongest possible training avenue.

“In relation to the change away from VET FEE help, and the extra integrity measures, we’re very supportive,” says Jenny Lambert, director of employment, education and training at the Australian Chamber of Commerce and Industry.

The Australian Chamber says it will be taking a very close look at the courses on the government’s proposed funding list and Lambert says politicians need to improve their approach to market analysis when it comes to deciding how students are trained and for what.

“The federal government needs to improve its approach to labour market training and analysis,” she says.

“It has to be what industry says around what skills are needed.”

Melbourne Graduate School of Education’s Dr Mary Leahy says the aim of proposed changes should be ensuring that students study courses that are needed in the workforce.

“The reform to student loans was necessary – VET FEE help was a complete and utter joke – but certainly not sufficient,” she says.

“The big issue is ensuring the quality of courses so that qualifications have value.”

Leahy believes another major challenge is that VET courses have been too narrowly defined by the job at the end of the course.

“Employers want employability skills, and it concerns me that we’re created a VET system tied very closely to specific work tasks. The actual shape of the vocational education we’ve got is another issue,” she says.

The reputational damage done by unscrupulous providers has extended to quality VET teachers, who say they are not able to properly market courses when others have been taking advantage of the system with less detailed options.

“I’ve had good providers say to me, ‘how can I develop a proper course when there’s another provider offering the same qualification in a couple of weeks?’” says Leahy.

The federal government will open its proposed new course list for consultation until October 23.

Training groups will be combing through the details, with some space to argue for courses that should be added back on for government funding.

The kinds of courses that will lose out include those focused on holistic counselling, fitness coaching, flower essence therapy and jewellery making.

Lambert says that the detail of the proposed changes still needs to be considered.

“We look forward to participating [in consultation]. We’ve got to see [the] context here.”