US childcare worker sacked for Facebook rant before she even started work: Why your business should have a social media policy 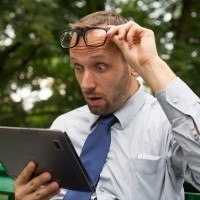 A US childcare worker has lost her job before even arriving for her first day at work, after her Facebook post about “absolutely” hating working in day care went viral.

After getting the job at The Colony Child Care Development Center in Texas, 27-year-old Kaitlyn Walls posted on Facebook, “I start my new job today, but I absolutely hate working at day care,” CBS-DFW reports.

Wallis’ Facebook page was open to the public and after the post went viral, her employer made the decision to terminate her employment immediately.

The story follows a slew of similar cases in recent months, including a Texas teenager who lamented on Twitter about starting a “f… a…” job at a pizzeria – only for the pizzeria’s boss to fire her over the social media platform.

In January, a UK stockbroker lost his job over a “bad joke” on Twitter about hitting a cyclist on his way to work, while SBS sports reporter Scott McIntyre was sacked for posting comments on Twitter with reference to the commemoration of the centenary of ANZAC on Saturday.

Sue-Ellen Watts, managing director of wattsnext HR, told SmartCompany, she is “not at all surprised” that Wallis didn’t even get to start her job.

“Certainly any employee or pre-employee needs to be careful of what they put out,” Watts says.

“She wasn’t grateful for the job.”

Watts says the McIntyre case shows there are “no boundaries any more between social media and work.”

“I would be recommending all businesses implementing a social media policy,” says Watts, who believes businesses, employees and job applicants can all learn from these incidents.

“Any business wants an employee who is engaged.”

“Looking at all three of those (cases), it makes me wonder why [the employees] are doing what they’re doing.”