Victorians the most likely to fake a sick day: research 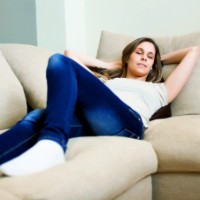 More than 40% of Australian workers aged under 35 admit they have chucked a sickie in order to go on a brief holiday, according to a recent survey from booking platform Hotels.com.

Victorian workers are more likely to fake a sick day to take a short trip somewhere (39%), followed by Queenslanders (37%) and workers in New South Wales (33%), according to the research published by Fairfax.

Tasmanians were the least likely to deceive their employer at 12%.

But the research found 11% of workers who had taken a sick day in order to go on holiday had been caught out from posts or tags on social media sites.

Workers aged between 25 and 34 were the most likely to admit to faking a sick day (44%), followed by workers aged 65 and older, 19% of which said they had lied to their employer when going on holiday.

When it came to social media posts, employees’ friends, family or colleagues were most likely to accidentally expose the employee’s lie (36%). Just under 20% of colleagues (18%) admitted to telling their boss about another worker’s fake sick day, while 14% of employees said their guilt got the better of them and they ended up confessing to their boss.

However, just 5% of workers said their deception was uncovered by their boss.

But Ben Watts, director at wattsnext HR, says chucking a sickie has long been a part of Australian workplaces.

“This is not a new thing, employees have always used sick leave as an additional leave option, it’s always happened,” Watts told SmartCompany.

“Maybe it is just being exposed a bit more now with social media.”

Watts says some employees, particularly in blue collar occupations, view sick leave as simply extra annual leave that they are owed by their employer, and small businesses in this sector should be aware of that attitude.

But he says the key to changing those attitudes is educating staff and making sure they stay engaged with their job.

“If they are engaged, they are less likely to abuse their sick leave,” he says.

“Sick leave can be used when your children are sick or if you have an elderly parent who is unwell, or if you break your leg playing sport, it means you can get income for a period of time,” Watts says.

“But that education has been lost.”

Watts says some workers are attracted to the “instant gratification” of taking a long weekend or short break from work but sick leave is “there to protect their health and support their family”.

For small business owners who suspect their employees are faking sick days, Watts says the best way to begin tackling the situation is to raise the topic in an informal conversation and “make them realise you are aware of it”.

He says monitoring employees on social media would be a “minefield” and instead starting a conversation early is the best way to ensure the problem does not escalate.

“Keep that communication flowing,” he says.

Watts says it’s also important to monitor trends among employees when it comes to taking days off as an employee who is disgruntled or looking to leave the business can often turn to using up their sick leave as they believe it is an entitlement the business owes them.

“Engaging with them is the key,” he says.

“If you find people are always taking Mondays or Fridays off, start a conversation.”

“And may sure your sick leave policies are up-to-date and people understand what they are.”