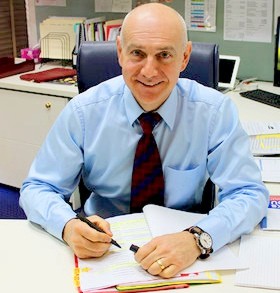 The federal government’s plans to force job seekers to apply for 40 jobs each per month to access the dole will result in a red tape nightmare, according to the opposition.

The government released details yesterday of a new job placement program which will begin on July 1, 2015.

Under the $5.1 billion program, job seekers will be forced to look for 40 jobs a month and perform up to 25 hours of community service.

But the opposition and Council of Small Business of Australia warn the scheme means small business will be inundated with job applications from people who do not want jobs.

Australia currently has an unemployment rate of 6% and the latest Australian Bureau of Statistics figures show 741,700 people are unemployed across the country.

Bernie Ripoll, the shadow minister for small business, told SmartCompany the program would place the burden of dealing with those unemployed people on small business.

“Not content with leaving young unemployed people with absolutely no support, the government is creating a red tape nightmare for millions of small business owners,” he says.

“Tony Abbott should be helping jobseekers find work and he should be making it easier for small business owners to grow and succeed. Instead, he’s just making it harder for everyone.”

COSBOA chief Peter Strong is also critical of the scheme, which he describes as “an aberration” from a government that has done a good job so far for small business.

“Obviously it’s not going to work. There are some communities in regional Australia where there are hardly any businesses and several hundred unemployed and they are going to be inundated,” he says.

“It will be a nuisance. It will take business owners mind off the job; it will make them angry.”

Strong says a similar scheme was tried in the 1990s and was unsuccessful then.

“As a small business they know you don’t have a job, you know they don’t have the skills even if you did, but you have to go through a charade,” he says.

“[The government] are trying to talk tough and be tough but I don’t think they will go ahead with this, I am hoping by next July they will come up with a training response instead.”