“We were struggling to keep the doors open”: How one Facebook post could save this small business 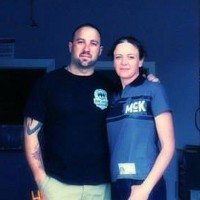 James Robertson and wife Nat had sat their kids down a few weeks before Christmas last month to tell them not to expect much from Santa this year.

“It was tough. We basically said to the kids, it’s not going to be a great one,” Robertson tells SmartCompany.

But the Adelaide hotelier says the family’s fortunes may have turned around since his small business was unexpectedly inundated with messages of support from around the world after it offered free beds to the victims of the South Australian bushfires in a post on Facebook.

Having recently taken over and renovated The Hampshire Hotel in Adelaide, the Robertsons were struggling with cash flow issues and a bit of bad luck before the fortuitous post.

“We didn’t have a lot of money behind us when we started and that got chewed up by the time we opened, with all your startup costs such as kitchen equipment,” he says.

After some second-hand equipment broke down a week before Christmas, Robertson says the family faced, “a hard slog” ahead of them.

“Up until a few weeks ago, we were struggling to keep the doors open,” he admits.

As bushfires broke out across the state late last week, Robertson, who had grown up in the county and personally experienced the severity of bushfires before, knew he wanted to help. But he says he didn’t have any spare cash or extra time to donate to the cause, as he was also running his second property maintenance business.

“We thought the next best thing we could do was let people stay,” he says.

“We thought, if we can give them somewhere to go, make it a bit of holiday, it will give them something to keep their mind off it. Most of them don’t know what they’re going back to.”

The offer of free beds was posted on The Hampshire Hotel’s Facebook page.

“To all those affected by the fires – if you have been, or need to be, evacuated from your home and have no where to stay, we have some rooms available FREE of charge for you to stay in if needed,” said the post.

The post quickly went viral, as patrons across the globe vowed to stay or eat at the hotel in appreciation of its generosity. The post currently has more than 11,000 likes and close to 4000 shares.

“From someone who lives in a different state, I will look at booking at your hotel next time I visit Adelaide… Awesome community spirit,” said one commenter.

“You have earned my business. We will come in to support your business. Thank you,” said another.

Robertson says he was completely astonished by the response.

“It’s been very surprising,” he says. “We’re not a big corporation, so we don’t have the money to spend on marketing. We rely on word of mouth.”

He says while he never intended the positive PR for the business, for a company without an advertising budget, the business will ultimately benefit from the publicity.

“The exposure and letting people know we’re here is great. We couldn’t seem to get the money together to advertise, so I guess it would be a great flow on, but we never expected that would happen,” Robertson says.

“As much as this sort of thing is not why we’ve done it, it’s good more people might come through. We’ve said from day one the pub has the potential, we just need to get through the hard part.”

Four families have taken up the hotel’s offer, all of whom Robertson says arrived with “nothing more than the clothes on their backs.”

The hotel is now planning a larger fundraising event for this Sunday, and Robertson says he is mainly happy the event has gained attention.

When asked if he thinks all the Facebook commenters will fulfil their promise to patronise the hotel and help the business, he says the hotel is just as much concerned with keeping up its end of the bargain.

“People can see we’re genuine and why we’ve done what we’ve done. I think people will keep good on their promises, and so will we. We’ll keep trying to raise money. They are still fighting the fires out there.”