Wellbeing: The blunt tool of termination 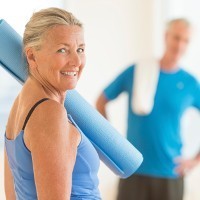 Much of my working life is dedicated to building workplace cultures that are based on the concept of wellbeing: A fundamental belief by employers that workers’ happiness, health and their future is paramount.

Despite the cynicism that exists around Australian employers, I am frequently moved by the compassion and integrity of the employers I work with. Sadly words like wellbeing, resilience and mindfulness are often either used in the pejorative sense of dismissing generosity of spirit as hippy behaviour or more disturbingly as a construct or cloak for attacking older or unwell workers! A methodology to cull the vulnerable.

Beneath any wellbeing program is a capacity of the employer to direct workers to undertake some form of health evaluation. In a true wellbeing program this is built around awareness that we want workers to come to us with health concerns so we can work with them. We actively encourage workers to disclose non-work related ailments that affect their capacity to undertake the inherent requirements of their job so we can develop a joint and consensual response. We want to get in early before their life and capacity are permanently damaged. That is because, in wellbeing, it is the worker we look to first.

But this approach has been hijacked by those who hide their true intent, build structures in contracts and policies that permit health evaluations and then use the assessments to pick off the vulnerable from the workplace because they cannot do the inherent requirements of their job.

Yes, done professionally, such an approach defeats discrimination law, unfair dismissal, adverse action and contractual claims as they currently stand. But it will not in the future because it misapprehends the centrality and policy of safety law. It will reduce workers’ comp premiums in the short term but not in the long term. In time it will be seen for what it is – a shameless sham! Stress-based claims will balloon and good people carrying injuries who love work will decompensate into workers’ comp claims from which they can never return.

Safety law is all about health. In fact the word ‘health’ is in the title of every piece of Australian legislation and forms part of the objects of each bit of safety law. The objects of legislation assist courts to determine how the law should be interpreted and applied. The obligation to monitor worker health is not intended as a byword for waiting for them to fail in their work and then terminate. It is one of the primary obligations that melds with providing a safe place of work, teaching people how to be safe and well, supervising them and building a risk-based system to ensure employers act with integrity.

As all the key case law around medical examinations such as Christie, Blackadder, Cosma, BHP and similar cases rely upon safety law to permit the examinations, it will not be long before one of these wellbeing artifices is subject to judicial scrutiny and scuttled.

Older workers in the firing line

What is the effect of these pretend wellbeing processes now? Older workers feel unsafe at work, waiting for the hammer to fall.

They have seen their friends terminated and are quick to find tenure and financial security by making workers’ comp claims for injuries that have long been compensable but they have fought on for their employers. Many will be stressed by a process that is NOT reasonable management action and will succumb to the stress of being treated so disrespectfully that will lead to successful stress claims. All of them will fall into retirement poorer, saddened and distressed – an awful legacy of selfishness by a heartless employer.

They will increasingly seek the shelter of the unions to protect them and the inevitable industrialising of the process will stall it. Dismissal claims will gain traction as the path of termination reveals the true intent of the employer and the courts will realise that the terminations are not fair or reasonable and are harsh. Adverse action claims and discrimination claims will also rely upon the track record and, through discovery, will prove the true subjective intentions of the employers. The house of cards will collapse but not before all trust is lost and many good people have had the last days of their working life trashed.

A friend of mine attended a wellbeing convention and heard a presenter gloating about how their wellbeing process has been used to terminate aged workers and how easy it was! Is this really where we have got too? Wellbeing creates a massive improvement in productivity – it is not a cost-saving device around premium reduction – that happens anyway! – leading to improvements in revenue, profitability, client service, staff retention.

I could go on. It is not about culling the weak and broken who have been loyal to your business. In wellbeing, these vulnerable people are embraced; they are assisted in planning their future and depart at the right time, happy in the last years of their working life – not feeling hurt, betrayed and unable to financially survive.

I have been a workplace lawyer for many years. I only act for employers. And I have watched this phenomena grow in the last few years with great concern. I am 56 and can see my future and think about it. I want all people who work and are my age to enjoy the knowledge I have of my employment; that I am cared about, valued and my business puts its employees first. It is one of the key reasons we have succeeded during the tough times and I look forward to work every day.

Andrew Douglas is a principal in the workplace relations team at M+K Lawyers. This article was originally published on LinkedIn.