Two of Nils Lantzke's alpacas, Mimosa (who was the victim of the violent dog attack) and Hercules. Source: Alpaca Therapy Facebook.

A group of Canberra-based small businesses have pitched in to help a distraught good samaritan by purchasing him a new baby alpaca, called Paprika.

Nils Lantzke is the man behind Alpaca Therapy, a local operation which helps soothe cancer patients and aged-care residents by letting them spend some time with gentle, friendly alpacas.

However, all of the ACT was shaken last week after one of Lantzke’s alpacas, Mimosa, was fatally injured in a violent dog attack while walking down the street in Girralang with Lantzke’s second alpaca, Hercules.

Lantzke told the ABC the dog approached the two alpacas off the leash, and proceeded to attack them despite his protests, with the dog’s owner filming the whole event.

“But he persisted and started filming and the dog attacked and I was yelling at the time, screaming, ‘get your dog off the alpacas!’ … but he didn’t do anything,” Lantzke told the ABC.

“He attacked Hercules first, the white boy, and Hercules went into classic attack position on his hind legs, to attack the dog, but the dog left him and attacked Mimosa, a tiny little girl. And the dog just went to town on her.”

Mimosa fled, and Lantzke said he later found her on the ground, both front legs broken and with a deep wound in her back legs. The level of the injuries was so severe the alpaca had to be euthanised.

After sharing the story on his Facebook page, Lantzke was flooded with support from the community, with thousands offering to pitch in and buy a new baby alpaca.

However, it was a group of Canberra small businesses who ended up getting the cash together to buy Lantzke a new alpaca, a movement spearheaded by local real estate agent and Hit 104.7 morning radio host Jason Roses. 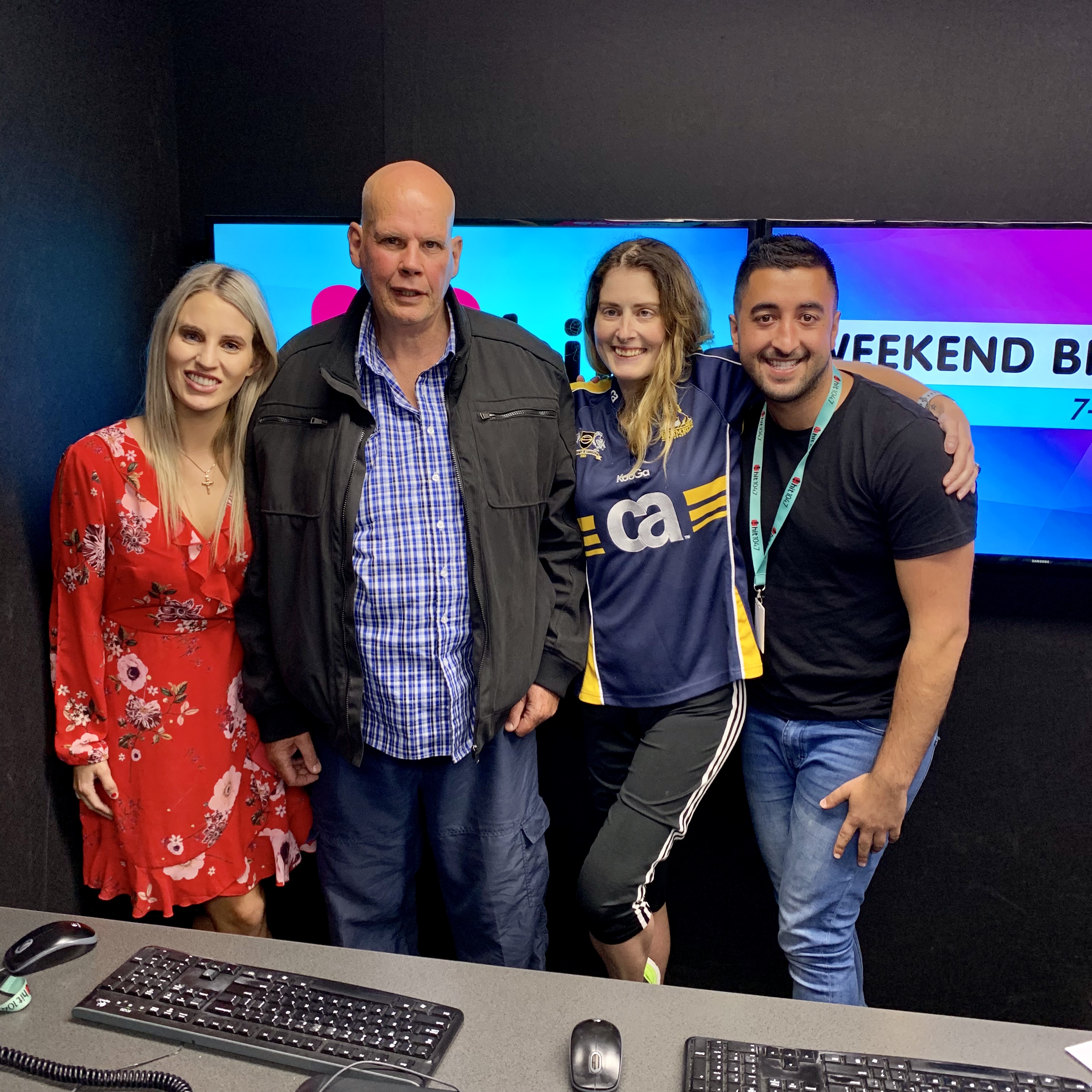 Roses tells SmartCompany after hearing Lantzke’s awful story, he knew he could make a difference, and got on the phones to former clients of his to crowdfund a baby alpaca.

“I really felt for the guy, it’s so gruesome the way he was attacked. He does this out of the goodness of his own heart, and I’ve lost a few of my own friends to cancer so I know how helpful these sorts of things are,” Roses says.

“I knew I could play a part, so I decided to ring a few clients I knew to see if they wanted to chip in and buy this guy an alpaca.”

Speaking to SmartCompany, Lantzke says he was not expecting such an “overwhelming” swell of support from the community, and says he’d received a call from Roses inviting him into the radio studio, but had no idea what it was about.

“Jason rang me and asked me to go in early, and then sprung it on me that all these businesses had pitched in to buy little Paprika,” he says.

Lantzke says he’d been to the breeder the night before, without any knowledge that he’d been gifted a new alpaca, and Paprika had approached him and nuzzled his hand.

“I liked her because she was honeycomb, the colour of my original female alpaca, but I was wondering how I’d raise the money, because baby alpacas don’t come cheap,” he says.

Not cheap indeed, with Roses saying baby Paprika cost about $2,000. However, Brendan Rocha, owner of Lit Consulting, tells SmartCompany he was more than happy to pitch in after he heard the cause.

“Jason had actually asked one of the guys we share an office with, Peter Dascarolis of Terracon Legal, and he came in and asked us how we felt about buying a baby alpaca,” he says.

“I said, what are you talking about mate?” Rocha laughs. “But then he explained the tragic story, and we love getting involved with these things so we were happy to pitch in.”

Lantzke says he’s had over 3,000 messages of support pour in after the devastating attack, with authorities still on the hunt for the dog and its owner. Roses says this sort of support is essential in communities like Canberra, and hopes to see it more often.

“Canberra is so close-knit, and I think people in all major cities should come together like this in times of need. It’s not a huge amount of money, but it’s a touching gesture,” he says.

“More people need to put their egos aside and put other people’s needs before their own, and we’d see even more amazing stories like these coming through.”

By all reports, baby Paprika is settling in well, with Hercules very protective and watchful of the young camelid.

NOW READ: Why Envato is sharing its millions in profit with employees and suggesting they buy alpacas with the dividends

NOW READ: Take a stand: Why being neutral hurts profitability and engagement