Peter Strong: The mental health of small business people is in the spotlight and we have Leanne Faulkner to thank 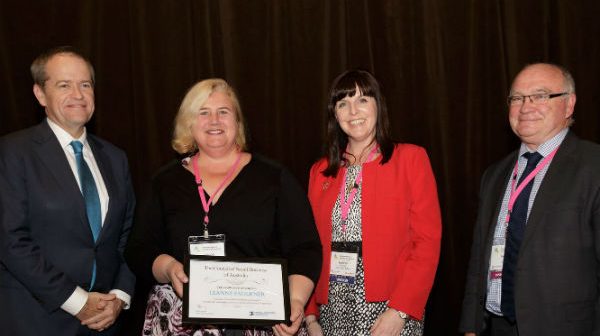 We have achieved some good things over the last few years. Changes in contract law, improvements in competition policy, better engagement and communications from most regulators, the appointment of a small business ombudsman, a focus on prompt payment of invoices and more. We still need to fight the good fight on many different fronts and given the pace of change we will always need to be alert and active, but let’s acknowledge the gains.

In my view, the greatest most meaningful change has been in the continuing recognition of a small business as a person when it comes to our health. Now this may sound ridiculous but not long ago the fact that we were people was not recognised by policy makers or many stakeholders including the Human Rights Commission.

In a National Press Club address in 2012 I stated that all the self-employed people in our community had reached a very low point. A point where it was confirmed to me that we had ceased to exist in any real sense as people:

“In the morning of Thursday 28 October 2010 in my role as CEO of COSBOA I met with some representatives from the federal Department of Health to discuss the involvement of small business in their healthy workers program. The program aimed to focus on the health of everyone in the workplaces of Australia. I pointed out there was no mention of the self-employed, all 2.5 million of us, except as an employer with responsibilities for other people’s health. A major oversight that was sort of corrected when the “Joint Statement” from the government and from industry and employee representatives was released.

“That afternoon I received a phone call from the Human Rights Commission (HRC). I was informed that the HRC had a program aimed at helping workers with mental health problems and that they were having difficulty getting small businesses involved. I provided advice on how to do that and then I asked ,’if an employer has a mental health problem, is this an issue for the Human Rights Commission?’ There was silence at the other end of the phone and then she replied that she would have to check. Is there any other answer to that question besides ‘yes’?

“So those stories highlight the fact that we had lost our humanity, we were employers with responsibilities, we were not people with health needs like anyone else. The 1.3 million self-employed who do not employ others were completely invisible to health policy. Please remember these two stories. They showed that we, in small business, had been relegated to tier two of humanity. That disturbing fact underpinned everything we said from that day on and still underpins our policies and comments.

Fast forward to 2013 and I was visited in my bookshop, which was also the HQ for COSBOA, by a woman named Leanne Faulkner. I sort of knew Leanne from one quick meeting in 2012 at our annual summit. Leanne was a highly successful business operator.

Leanne quickly got to the point. She had heard my Press Club address and my various media comments about the mental health of the self-employed and she had come to do what she could to change our situation. I explained we had no resources to support her. She didn’t care, she had experienced the pain herself and wanted to do something about that for others.

It was an emotive moment, to finally meet someone who understood the problem, who was motivated to do something and who knew what to do. Leanne became a zealot for small business people’s health — a very polite pain in the neck for the many people who didn’t get it — and Leanne never gave up.

When it comes to the media we must acknowledge the support of SmartCompany, which was publishing articles about the stress placed on small business people back in 2008. SmartCompany has published many stories about this issue since. To now also see the ABC and others truly understand this issue and pursue it with such vigour and belief is wonderful. The drive from our small business commissioners and Ombudsman has also been vital.

COSBOA members are aware that this hasn’t happened overnight and Leanne Faulkner is the rock upon which this change was built. We do need to think about why it took five years. But thank you Leanne, thank you people. Lives will be saved.