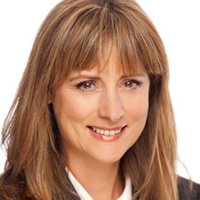 I  watched the movie Inside Out with  my children, a clever movie showing  the importance of expressing  (within a healthy range)  all of our emotions and  demonstrating  the impact when emotions are ignored or shut down.

The movie centres around key characters (emotions) who make up a control centre in an 11–year–old girl’s mind.  Joy starts out by shutting down Sadness before eventually realising the importance of Sadness’ role and the consequences of not allowing Sadness to be expressed and heard.

Emotions are complex and we bring all of this complexity to play when we come together as a team. We each have a cast jostling for control.  It’s valuable to pause and ascertain who is running your emotional control centre:  Joy, Fear, Anger, Sadness or Disgust?

Who is running  your  team‘s control centre?

Your team is a living, breathing system that comprises of a diverse range of voices, encompassing all the complexity of human interactions and the resulting emotions that come with this.

All voices in the team system need to be heard. The impact on a team when one voice is shut down can range from mild to catastrophic in terms of human and business outcomes.

This was experienced by George (Fear), a team member who was exasperated by the team‘s dismissive attitude when his fears for the project were being dismissed by Sarah (Joy), who had a stronger presence and influence in the team, resulting in the team negating George’s expertise, and dismissing him as being ‘another negative finance guy’.

George became disengaged, felt belittled, unappreciated and frustrated by the lack of value that he felt the team perceived in him/his role. Sarah (Joy) won the day and motivated the team with a vision that was neither achievable nor addressed the underlying issues that George had raised. The resulting project failure caused a major issue for the team and the organisation.

George didn’t get any “joy” from saying “I told you so”.

Both George and Sarah played a contributing role in this failure – Sarah by refusing to hear the risks and George by giving up communicating them.

Teams are made of people who carry the full spectrum of human emotions, behaviours and experiences – both positive and negative. These are given priority and meaning based on mind set, beliefs and circumstances.

As individuals it’s our responsibility to show up as adults, to manage our emotions when they tip beyond a healthy range and to get support when we struggle to do this. It’s important to acknowledge and accept that we are all human – to give space for others to express their emotions and to have a process to fall back on when emotions are running high.

As a team it’s our joint responsibility to have the awareness and agreements in place that allow all voices in our system to be heard. To notice when we are shutting down an unpopular voice and allowing a more popular, comfortable voice to dominate. To accept that we are all human and our emotions become invested in the work we do. To allow vulnerability to exist in our system and to get curious about the range of emotions that manifest. To ask deeper questions to uncover whether there is merit to listening to these emotions and acting on them.

At your next team meeting make some time to:

Remember to bring in Joy, to celebrate the successes both large and small that the team have, to bring in positivity, the vision of what is possible for your team and the work you do so you can stretch and push the boundaries on what is possible – while respecting the other voices to help make that vision realistic and achievable.

Bring emotional balance into your team to drive your performance, experience and results.

Pollyanna Lenkic is the founder of Perspectives Coaching, an Australian-based coaching and training company.