Where are the women in tech? Not at Google, and not at Yahoo either 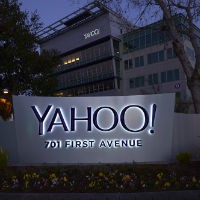 Following in the footsteps of other tech giants, Yahoo has released its diversity report and it looks like they’re keeping with the white and male theme.

Despite being one of the most prominent Silicon Valley companies with a female CEO, women are underrepresented within the company. The overwhelming majority of its workforce and leadership team is male.

According to the report released earlier this week, of its 12,200 global employees, less than 40% of those are female, and many of those women are not in leadership roles.

Marissa Mayer received plenty of attention when she took the CEO post in 2012, the second woman to lead the company. Carol Bartz served as CEO for nearly three years before she was fired in September 2011. The company also had a female president, Sue Decker, for two years until she left in 2009, but those female appointments are still rare, according to leadership figures.

77 percent of its leadership are male, while women make up just 15% of technical focused roles and comprise 52% of the positions in non-technical posts.

More than 50% of the company’s entire workforce is white, while its leadership is 78% white.

“Yahoo works to ensure that our existing employees feel welcome and supported during their time at the company,” Jackie Reses, Yahoo’s chief development officer, wrote in a blog post accompanying the report.

“Overall, our goal at Yahoo is to create a workplace culture that attracts and retains all talents, regardless of background, and to help our people grow to their full potential.”

Yahoo joins the ranks of other large Silicon Valley companies, including Google and LinkedIn, who have recently revealed the lack of diverse make up in their respective workforces.

Yahoo is only slight ahead of Google in terms of women in the workforce, with the search engine giant revealing last month that just 30% of its employees are female and 61% are white.

This renewed focus on diversity has sounded the alarm for other companies like Facebook, Apple and Twitter to be more proactive in appointment female directors on boards.