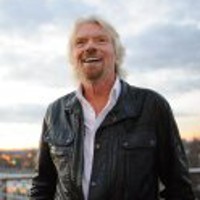 Not allowing your employees to work from home is “a mistake” that will have long-term consequences for your company, says Virgin founder Richard Branson.

In an interview alongside Facebook chief operating officer Sheryl Sandberg on Bloomberg TV this week, Branson referred to Yahoo chief executive Marissa Mayer’s decision two years ago to limit working from home at the tech giant.

According to Branson, Yahoo’s decision will put it on the wrong side of history.

“Most of the head-office type of jobs around the world, they can offer complete flexibility,” Branson said.

Sandberg is also a fan of allowing employees to work from home if they want, saying there is a difference between appearing productive at work and actually being productive.

“Of course we care that people tried, but when you do that, you build this culture of being seen in the office trying, which is different than results,” she said.

“I think a lot of office work and communication is too long, too formal. Cutting things down can save a lot of time and make a lot more room for people to be parents.”

Eve Ash, psychologist and chief executive of Seven Dimensions, told SmartCompany she “100% agrees” with Branson and Sandberg’s comments “because there is so much increased stress and pressure at work and the travel to work also adds time and adds stress”.

Ash says giving employees a choice as to where they work enables them to “minimise downtime” and for those with responsibility for caring for children or other family members, it means they can better balance their work and home commitments.

While Ash says there are some industries and jobs that this doesn’t apply to, she believes there is little standing in the way of “knowledge workers” and some service providers arranging work practices to suit both employees and employers. Advances in technology also mean teams can also link up more efficiently.

“Certainly companies with geographically diverse or spread-out locations are already implementing that and there’s no reason why it can’t include people working in different environments,” she says.

Ash says most office work is now done electronically, whether via phone or email, and many workplaces now encourage hot-desking and other practices which effectively remove workers’ physical ties to their work stations.

For employers wanting to introduce more flexibility in their workplaces, Ash says the first step is to “focus on your attitudes of trust towards employees”.

“A lot of people assume if someone is not in front of them, they are not doing work,” Ash says.

“If you recruit people with the right attitudes, you can trust them wherever they are.”

Ash says the second step is to develop “very strong” milestones for work progress and guidelines for how work will be managed. These should be shared and communicated throughout the team and become “very much part of day-to-day work”.