Why Telstra is using electronic belts to track employees’ movements 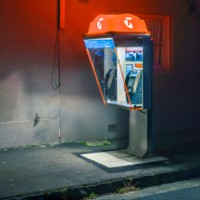 Telstra employees have been wearing electronic belts that track their movements around the office, to help the telco to better understand workplace design and culture.

With workplace design one of the key influences on a candidate’s choice of workplace, Telstra trialled the belts on several volunteers as a part of a larger study on changing workplace environments.

On clarification with Telstra, SmartCompany understands the belts were used to track movement and not location, as originally suggested by one media outlet, and was a small element of the overall study.

“The volunteers wore the devices to measure how much they moved during office hours, so we could asses if activity-based working would reduce sedentary time and increase physical activity,” a Telstra spokesperson told SmartCompany.

The spokesperson says the results of the trial made a strong argument for activity-based work, with wearers feeling more awake and alert from increased movement.

Telstra found, compared with the standard office-based work environment, there was a 14% reduction in sitting time, a 12% increase in standing time and a 20% reduction in reported neck and lower back pain.

Telstra will use the information to help it design “purpose-built” work spaces, according to the spokesperson.

The idea of using ‘activated spaces’ is a recent workplace trend that aims to facilitate a new, diverse working culture.

HASSELL principal Steve Coster and Schiavello workspace planner Nick Tennant previously told SmartCompany the theory behind activated spaces is based on the idea that a standard desk for every person is now an out-dated notion.

“We try to get a deep understanding of work styles and work modes,” says Tennant.

“So rather than spending all day at a single desk and popping into a meeting room, we are seeing break-out lounges, circulation areas, informal seating, and standing work areas to facilitate serendipitous encounters and random acts of creativity,” he says.