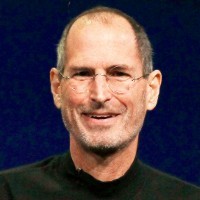 Steve Jobs is a source of inspiration for many in the business community, but one Melbourne entrepreneur has taken his admiration to the next level by splashing $13,000 on three of the Apple founder’s business cards.

The cards, which were used by the famous entrepreneur between 1984 and 1990 when he was the chairman of Apple and Pixar, sold at a charity auction in California over the weekend.

Tim Knowles, the co-founder of digital business card startup Stacks, told SmartCompany he entered the auction because he is one of Steve Jobs’ biggest fans.

“I obviously have a deep admiration for Steve Jobs and everything he achieved in his lifetime,” Knowles says.

“It’s clear to a lot of us in the startup space that he’s a big inspiration and enabled a lot of what we all do. Everything he built has changed the world, and for an entrepreneur he’s got to be up there with the all-time greats.”

However Knowles says he didn’t splash $US10,050 (approximately $13,000 at the time) just because of his admiration for the man responsible for turning Apple’s fortunes around after becoming chief executive again in 1997.

Instead, he thought the charity auction was a good cause and felt it was the right fit because he is working on a company that hopes to revolutionise networking.

“It’s not about the money to be honest,” Knowles says.

“We saw the cards were for auction for charity, so it wasn’t a private auction. A gentleman who was Steve Jobs’ family caterer several decades ago collected these cards and donated them to a school just outside of San Francisco. So it made a bit easier to part with that much money knowing it was going to a good cause. We’re also building a digital platform for business cards on the iPhone and other smartphones.”

Stacks will launch later this year on Apple devices, with the aim of making it faster and easier for people to exchange contact information. The startup is working out of South Yarra, Melbourne, and at the moment is self-funded.

“We believe we’ve cooked up a very nice solution.”

When asked how he plans to snap up customers given around 90% of professionals in Australia are already on LinkedIn, Knowles says the social media giant doesn’t allow people to instantly share their details when they meet face-to-face and communication is clumsy once they are connected on the platform.

“LinkedIn is your CV and Stacks is your business card,” he says.

“A business card is usually something you hand over to someone and it will have multiple points of contact information.”

“With regards to LinkedIn, when you communicate with other people it’s via LinkedIn message and we all know it’s a lot easier to fire off an email or pick up the phone and talk to them directly – but LinkedIn doesn’t enable that.”