Why wearing a suit to work could make you a better leader: Study 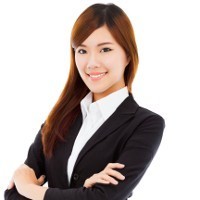 Individuals who wear formal clothing to work feel more powerful and think more broadly or creatively than those who dress casually, according to a recent US study published in the Social Psychological & Personality Science journal.

The study, titled The Cognitive Consequences of Formal Clothing, was based on five experiments that tested the thought patterns of individuals wearing formal outfits, including business suits.

The first two experiments asked university students to rate the formality of their outfit and then complete a series of cognitive tests to measure if they were processing information in an abstract or concrete way. The students were not directed to wear any particular type of clothing.

Those in formal clothing were more likely to demonstrate abstract processing, or thought patterns associated with broad or big-picture type thinking.

To back up the results, the researchers then asked half of the students to change into suits before undertaking the same cognitive tasks. Again, the students in suits were more likely to demonstrate abstract thinking than those wearing casual clothes.

“Putting on formal clothes makes us feel powerful, and that changes the basic way we see the world,” said Abraham Rutchick, the lead researcher from California State University, in an interview in The Atlantic.

Rutchick told Today that feeling powerful based on the clothing you wear “brings with it a sense of more social distance from other people”.

“Power and abstract processing have been repeatedly linked to one another in literature,” he said.

However, Rutchick said it is important to note “it’s not necessarily ‘better’ to think more abstractly”.

“It means more broadly, creatively … but also in a less detail-orientated way.”

Eve Ash, psychologist and chief executive of Seven Dimensions, told SmartCompany the research appears to back up the fact that certain professions have maintained a formal dress code despite a move to more casual workplaces, including real estate salespeople and politicians.

“People in real estate have to make a living selling houses, being powerful and thinking about the big picture so maybe they intrinsically know they need to wear formal clothes,” Ash says.

Ash says job applicants are also usually encouraged to “dress up” when attending an interview, and the assumption of individuals attending important business meetings or giving presentations is to dress more formally.