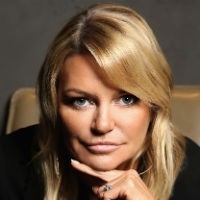 The rise of the digital economy has occurred in tandem with the increased participation of women in the workplace. While there has been a steady rise in female workforce participation over the past 50 years, the advent of online and digital has opened up many more new opportunities for women, especially when it comes to starting their own business.

As of January 2015, it is estimated that 93.3% of Australian women business operators are working in small business and there are about 406,400 women running a business. These are remarkable figures which really demonstrate the presence and influence of women in the sector that many people refer to as the ‘engine room of our economy’.

This cultural seachange has come about as men have come to realise the rise of women does not equate to their demise. In fact, except for a few hold-out dinosaurs, men have come to embrace the many benefits that female workforce participation bring to the economy and society in general.

There have been numerous reports and studies over the past few years highlighting the growing importance of female workforce participation and the benefits of female business ownership:

Women are now well-positioned to make an ongoing and important contribution to the new, digitally-driven, economy of the 21st century.

They are finding it easier to access funding (though this is still not an entirely equitable playing field) through the digitally facilitated transactions now made available by the upstart fintechs challenging the primacy of the traditional banks.

The ease of access to information through the internet has liberated and demystified many of the business processes that were once the closely held domain of the ‘old boys’ networks’. This has not only helped women, but also many other aspiring entrepreneurs who have in the past been shut out of some industries. This access to information has led to all sort of disruptions to traditional business models across many industries.

The nature of the online and digital economy has also made it easier for people to ‘time-shift’; which basically means getting work done when and where you want to, rather than when and where it is dictated by someone else. This new freedom has been especially useful for women who are trying to run a business and a household at the same time.

Of course, this new freedom has been resisted in some more traditional quarters, but the move to more flexibility in how we get our work done is still in its infancy, and we will see this concept evolve a great deal over the next few years, led in many respects by women.

The ‘new’ (digital) economy has often been cast as a threat by those with an interest to protect in the ‘old’ economy. The arguments used have often reflected the types of arguments once used to keep women out of the workplace.

But it’s to everyone’s advantage to embrace the changes that have come from the rise of the digital economy, and in partnership with that, the rise of women in the workplace and as business owners.

Fi Bendall is CEO of The Bendalls Group, a business that leads STRATEGY : ADVOCACY : MOBILE  delivering the business acumen to drive effective positive results in a disruptive economy for the C-suite. Fi has recently won a Westpac / AFR 2015 100 Women of Influence award.  See more at: http://www.bendalls.com.au/