Worker wins $25,000 in compensation after she was fired when her fiancé left the company 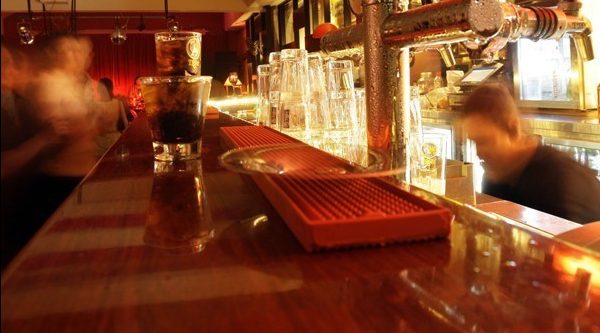 A worker in the Northern Territory has won $25,000 in compensation after her employer fired her because her fiancé told management she was intending to leave the business.

The former worker was employed as a cleaner at Gunbalanya Sports and Social Club in West Arnhem Land between April 2015 and September 2017, when her employment was terminated.

She and her fiancé, who also worked for the business, took extended leave in May 2017, and planned to return to work in September 2017. The pair had given advanced notice of their leave and said this was approved by the business.

In the lead-up to their leave, the former worker’s fiancé told management a number of times, including at various social functions, that she had plans to leave the business when she returned from leave.

However, the Fair Work Commission heard that these claims were never verified with the worker herself.

Fair Work Commissioner Michelle Bissett said while the circumstances of the termination are somewhat unclear, the worker’s fiancé finished up with the business in September 2017. However, when the worker returned to work after her leave period, she was told her role had also been filled, even though she had not resigned.

The worker claimed the business had assumed that because her partner left the business, she would also leave and relocate to a new area with him.

In its defence, the sports club argued that because the couple started in their roles at the same time and acted jointly in employment matters, it could reasonably be assumed the worker would have left her employment when her partner did in September 2017.

However, Commissioner Bissett found the only suggestions that the worker would have left the role came from her partner, and never directly from her.

In deciding the case, she found “for some reason they [the employer] assumed that her partner spoke for her”, and the conflict could have been easily resolved “by a simple question that no-one thought to ask”.

She found the employer should have asked the worker directly about her intentions around her role, and should never have assumed she was going to leave her post based on what others said about her.

In deciding compensation, the Commission formed the view that had the business not dismissed the worker in September, she would have remained employed with the company for a further nine months.

On this basis, Gunbalanya Sports and Social Club was ordered to pay the worker wages equivalent to $24,186, plus superannuation.

SmartCompany contacted the business for comment but did not receive a response prior to publication. The former worker could not be contacted for comment.

Rachel Drew, a partner at law firm Holding Redlich, says this case is illustrative of the tendency for some businesses to assume “everyone has reached the same conclusion” when it comes to staffing.

“It’s hard to have those difficult conversations, so it can be easier to let comments go by and then hope everyone has reached the same understanding,” she says.

While a staff member is able to resign verbally and without written notification, it is never enough to rely on the comments of another person when it comes to verifying a worker’s intention to end their employment, Drew says.

“There does need to be direct communication about the decision between the employer and the actual employee,” she says.

“I suspect that the real message for employers here might be to take care around drawing an inference about somebody’s behaviour, and take care not to make an assumption about what they’re going to do.”

Not only does miscommunication in these cases have the potential to lead to compensation claims, it can also eat up company time because it can take more than a year to resolve such cases if they need to go before the Fair Work Commission.

“The business also then needs to think about the cost of having their attention diverted from business matters and towards legal matters for that time,” Drew says.

Someone is justifying their existence.
Anyone want to answer this question….
If the worker had after her 4 months extended leave, decided not to return to her position … which by the way the employer apparently was supposed to keep open for her …… what happens then?
As usual every onus is on the employer to cross every t and dot every i with repercussions if there is no trail and there’s nothing two sided or win win about the agreement.
The employer in many instances and for the reasons you mention just have to swallow it.
Of course in certain circumstances workers have to be protected and in all circumstances business just want to get on with running their business and find a way to survive.