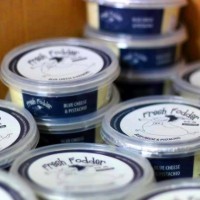 The owner of a family-owned business identified as the source of a salmonella bacteria outbreak says he has avoided a “nightmare” by having the correct food safety procedures in place.

Max Schofield is the founder of Fresh Fodder, which employs 20 people and manufactures dips, sauces and salads in the regional New South Wales town of Orange. Its products are stocked by independent retailers across the country, including IGA Supermarkets, fruit shops and delicatessens.

A recall was issued on Monday for a batch of Fresh Fodder’s Blue Cheese and Pistachio Dip, with a best before date of November 11, which was found to have been contaminated by salmonella.

The affected dips were available for sale in NSW, Victoria and the Australian Capital Territory.

But Schofield told SmartCompany this morning the contamination was identified in-house by Fresh Fodder and no one has fallen ill from eating the products.

The batch included 830 tubs of dip, 392 of which had been distributed before Fresh Fodder’s definitive testing results confirmed the presence of salmonella.

Schofield says Fresh Fodder received a presumptive notice on Friday of the presence of salmonella and acted quickly to issue an informal recall of the products from supermarket shelves. The swift action meant all but 18 packets of the dips were isolated within 24 hours.

“If we didn’t have the right procedures in place it would have been a nightmare,” admits Schofield.

“We had brought in a food safety consultant 18 months ago to get our systems up to a higher standard … Before that our systems were not as in depth so if something like this happened it would have been much worse.”

Being able to isolate the contaminated products early also meant the food safety authority agreed to allow Fresh Fodder to issue in-store notices for the individual retailers which received the products, instead of forcing the company to advertise the recall nationally.

“For a small business it would have been a major hit.”

Schofield says Fresh Fodder regularly tests its products but the recall will now mean going through the process of checking with its suppliers to ensure no other goods are affected.

“It something we definitely don’t want to go through again,” he says.