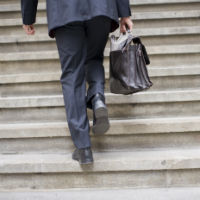 The Fair Work Commission has awarded a former Suncorp employee more than $8000 after he was sacked for poor performance arising from mental health issues.

Michael Burke worked as an insurance claims officer with Suncorp, having commenced full-time employment in April 2011.

In April last year Suncorp alleged he had tried to boost his workplace efficiency scores by not completing the correct amount of work.

Burke was sent a final warning letter due to “inconsistent” performance and errors in the claims he processed.

The company then put in place an action plan to improve Burke’s performance and set out a number of objectives that had to be met. However, Suncorp terminated his employment two months later.

Burke then went to the Fair Work Commission claiming the termination of his employment was unfair, however Suncorp disputed this – saying he had been the subject of performance management since at least 2012.

The commission also heard that Burke suffered from a mental health condition and that he was absent from work for approximately seven of the 18 months prior to his dismissal.

Suncorp claimed it was not aware of the employee’s depression because it was not disclosed, even though Burke dealt with Suncorp’s return-to-work team and submitted various documents outlining how he was “heavily sedated from medication” and “unable to focus or concentrate”.

In her ruling deputy president Ingrid Asbury said while Suncorp had a valid reason for terminating Burke’s employment, it was ultimately unfair because the company should have taken into account his “reasonably obvious” mental health issues.

“On balance I am satisfied and find that the dismissal was unfair, on the basis of the failure to consider Mr Burke’s health issues, which should have been reasonably obvious, and to take into consideration whether those issues impacted on his work performance,” Asbury said.

As a result the employer watchdog ruled that Burke was entitled to compensation, awarding him $8400.

Lock says it is important to note that the commission heard Burke was given a first and final warning with no previous verbal or written warnings.

“There is no obligation that says you need three warnings and then you are out, this is just a guide,” she says.

“The warning process will be based on the severity or seriousness of the allegations. Procedural fairness and natural justice, of course, should be heeded and it is always a good idea to have two representatives from the company and a support person for the employee.”

Lock also points out that while Suncorp clearly followed a “rigorous disciplinary process” and gave the employee a chance to rectify the performance issues, failing to consider the employee’s mental health ended up being a costly mistake.

“Mr Burke had a high incidence of absenteeism during his period of employment and was absent for nearly a quarter of his normal working hours,” she says.

“However the employer failed to investigate if there were any critical health issues that could have impacted his ability to work and consequently his performance.”

SmartCompany contacted Suncorp but did not receive a response prior to publication.