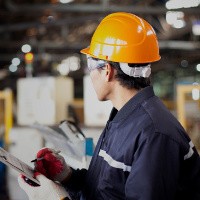 Reducing the cost of workplace insurance has long been a focus in NSW, with Constance saying an average reduction of 12.5% in 2013 delivering $334 million to the state’s coffers.

Constance said in a statement on Tuesday that 200,000 businesses across 414 industries will have their WorkCover premiums cut by an average of 5%, delivering savings of $113 million a year.

However, the overall savings are likely to be higher, with Constance indicating 343 industries will have their premiums cut by more than 5%.

“The NSW government’s WorkCover reforms have not only prevented premium increases, but enabled premium reductions in the past year,” said Constance. “This has protected thousands of jobs and helped grow the state’s economy.”

“This means that since the application of the first set of performance-based rate reductions in June 2013, a total of $447 million in premium reductions has been returned to the NSW economy,” said Constance.

The NSW Business Chamber welcomed the news, with chief executive Stephen Cartwright saying in a statement the cuts should “provide added impetus for business owners to employ more staff.

Peter Strong, executive director of the Council of Small Business of Australia, was also pleased to hear about the reduction.

“All businesses are required to have workers’ compensation, as they should,” Strong told SmartCompany. “But anything that reduces the cost is good for small business.”

Strong says workplace insurance schemes, and the premiums they attract, differ greatly between the different states and territories, and as the representative body for small business, the schemes are one of COSBOA’s “greatest bug bears”.

Overall, Strong rates the NSW budget as “quite good for small business”, saying the sector will benefit from a number of other announcements, including large investments in infrastructure and more support for the Office of the Small Business Commissioner.

Deputy premier Andrew Stoner said in a statement on Tuesday the government will allocate $14 million to support the state’s Small Business Commissioner, including $1.1 million in new funding over four years to fund “specialist small business advisors with language skills to support small businesses from non-English speaking backgrounds in Western Sydney”.

Cartwright said the government’s decision to abolish stamp duty on business mortgages, unlisted marketable securities and the transfer duty on non-real business transfers will save the business community more than $300 million a year.

“This relief will be welcome news to those business people across the state who put their own assets on the line every day to open their doors and employ their fellow Australians,” said Cartwright.

Meanwhile, Victorian Premier Denis Napthine used an event on Tuesday to announce WorkCover premiums will also be cut in his state.

Speaking at a Victorian Employers’ Chamber of Commerce and Industry event, Napthine said premiums will be cut by 2% from July, saving Victorian employers an estimated $40 million.

The cut builds on a previous cut of 3% in 2012. Businesses that pay their annual premiums by 1 August will be offered an additional 5% discount.

VECCI chief executive Mark Stone welcomed the move, saying in a statement close to 116,000 employers are set to benefit.

“The measure rewards Victorian industry for its efforts to create and manage safer workplaces,” said Stone.