Working to death: Why living to work could lead to your demise 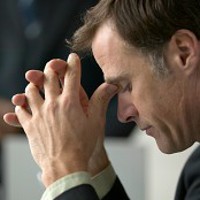 In December last year, the death of 27-year-old Ananda Pradnya Paramita made headlines around the world. Shortly after working a hyper-extended shift, the young Indonesian copywriter, from the ad agency Young & Rubicam Indonesia, fell into a coma. She died the following day.

This prompted accusations that her agency pushed her over the edge with its work demands. While, it’s true, the world of advertising is highly pressured and demanding, it’s also true that a lot of people are addicted to the buzz and the adrenaline rush of being under intense pressure. A workaholic puts work before everything and everyone else.

Of course, it’s not just within ad agencies that there’s a real sense of pride about being a workaholic. Somehow, workaholism is viewed as a highly respectable addiction. Pushing yourself beyond the limits is worthy of praise.

According to the Organisation for Economic Co-operation and Development, despite Australia’s laid-back reputation, nearly 14% of Australian employees work 50 hours or more a week, which is much higher than the OECD average of 9%. Australians also think they work harder. Around 30-40% of Australians say they are working intensively, with tight deadlines and work overload. Small-business owners, in particular, work long, hard hours.

That said, it is truly difficult to switch off. We live and work in a time of unprecedented change. Businesses large and small, across the industry spectrum must transform their business models to take advantage of the digital shift, and to do so are demanding more from their employees.

In addition, 24/7 connectivity makes disconnecting from work much more difficult than it used to be. Yet, your employees need time to remove themselves from work. Expecting your employees to be ‘always on’ isn’t good for their health or your business. Studies show being overworked contributes to higher healthcare costs, more sick days used and, ultimately, an earlier grave.

For a happy, productive and balanced workplace, none of your employees should be overworked – and that includes yourself.

Overwork can and does lead to fatigue, to the point where a person may put their own or another person’s safety at risk, particularly if the employee is operating heavy machinery or equipment. The long-term effects of fatigue lead to a loss in productivity and a financial toll that workers and the community are forced to bear. Both employers and employees have a role to play in making sure any risks associated with fatigue are minimised.

If you continue to let employees burn the midnight oil and expect them to be always on, it won’t be too long until they burn out and have to be replaced. This puts more pressure on your business to find appropriately skilled replacements, manage the costs associated with hiring and onboarding, as well as the lost productivity.

People are, after all, an appreciating asset. The longer your employees stay with your business, the more productive they will get.

Overtime is overwork. Don’t ask your employees to work overtime unless it is absolutely necessary. Spend time instead going over your labour needs and figure out how to get the work done more efficiently without pushing any of your staff over the standard number of hours.

If your people are consistently working very late hours just to get the job done, then you’ve either hired the wrong people, or you are asking too much of them. When your employees  are already over-stretched, there’s no capacity to accommodate an influx of work, or cover unforeseen circumstances such as staff shortages due to an outbreak of the winter flu. Overwork leads to impaired judgment. Impaired judgment leads to bad business decisions.

As a business owner, promoting sustainable work habits for your employees will lead to better value for you over the long term. Promoting a culture of hard work balanced with realistic hours is likely to cost you more up front because you’ll have to hire more staff. But in the long run, it will save you in terms of employee turnover and reputational damage.

Ashik Ahmed is the co-founder of web-based time and attendance platform Deputy.