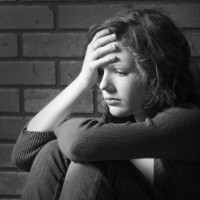 The number of employees seeking compensation over workplace-related stress is on the rise, with $273 million paid out during 2013-14 in Victoria alone.

With work-life balance issues increasingly in the spotlight for employers, Fairfax reports 58 compensation claims for psychological injuries are approved in Victoria every week, with the annual number of claims for mental disorders rising by almost 470 in five years.

Employment lawyers across Australia this morning confirmed to SmartCompany they had seen the number of compensation claims made over mental health issues balloon.

“An accepted stress claim is likely to be more expensive and remain open longer than a physical injury claim.”

New South Wales-based lawyer Warwick Ryan, partner at Swaab Attorneys, says there is an obvious reason for a rise in such claims.

“My explanation is quite simple: there are now avenues for complaining,” says Ryan.

“Ten years ago there were only two options if someone came forward with a bullying case: worker’s comp or simply quit. Now there are a number of avenues and that has raised awareness with employees that they have an option.”

Meghan Hoare, personal injury lawyer and state practice group leader of Slater and Gordon’s Victorian WorkCover team, says a raised awareness about mental health issues has given rise to employees better understanding their rights, making it more likely they will launch a claim.

“This is particularly true amongst those in demanding occupations such as teachers, ambulance officers and prison guards,” says Hoare.

The Victorian Supreme Court awarded Doulis almost $1.3 million after the judge found he had suffered a mental health breakdown as a result of Werribee Secondary College allocating him classes made up almost entirely of the school’s most challenging students.

“That case was very extreme,” says Hoare. “But it serves as a warning to employers that it can’t be ignored.”

She says it is worth noting a number of recent claims have been rejected due to the relatively rigorous process of proving a mental health-related claim was pertinent to the workplace.

“Most workers compensation authorities have taken steps to minimise stress claim costs, such as changes to legislation to make it harder to have a stress claim accepted,” says Drew.

“The stress could be workplace bullying, or a critical incident in the course of the work (such as for police and emergency services workers). A general claim for being ‘overworked’ is unlikely to be accepted in most states, because of the ‘reasonable management action’ exception. The worker would need to show there was some element of ‘unreasonableness’ in relation to their workload, not just that they think they are too busy.”

For Hoare, employers can avoid the risk by simply being aware of their employee’s mental health.

“Just taking the time to have that conversation, to step away, have a coffee and ask, are you OK?”

Ryan says employers should use the probationary period after initially hiring a staff member to identify staff who are not fitting in.

“In terms of performance or cultural fit. Inevitably, they will be the ones with the issues,” says Ryan.

“Employers shouldn’t sit on their hands. Another one of the hidden costs when employers don’t take action is that the good employees quietly leave.”