Bosses admit workplaces are too noisy, distracting and lack privacy: How your business can tackle the problem 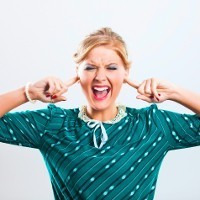 Modern workplaces are too noisy and lack privacy, according to research published today by Canon.

The survey of more than 300 Australian employers and 1000 employees found the vast majority of people think the office they work in uses a one-size-fits-all approach, which negatively affects productivity.

More than 60% of employers surveyed by Canon admitted their workplaces can be noisy, distracting and lack privacy.

But despite almost half of employees surveyed saying their workplace does not foster creativity and innovation, the majority of employers have not considered changing the layout of their office.

In addition, the study found almost 45% of employees thought their workplace didn’t use up-to-do-date technology.

Marc Levin, co-founder of office furniture company Jason L, told SmartCompany workplace layouts can be a big challenge for business owners wanting to boost productivity, particularly if they are a small or medium-sized company.

“The open working environment is definitely a challenge for productivity and making employees focused on what they’re doing,” Levin says.

“It’s very distracting. Even in our office, we’ve got some people in the sales team who will wear noise cancelling headphones.”

Levin says at the moment there is “huge trend” towards activity-based work stations, which allows people to work from a part of the office that most suits them or the particular activity they’re working on at that time.

“For example, if you needed a space that needed some collaboration or three or four people from different teams to come together to work on a budget, you might have a certain area of the building that is more accustomed to that,” Levin says.

“On the other side, you might have someone who prefers to work in a really quiet area. However the problem is twofold. You need a lot of space to provide flexibility and you need a lot of money because a lot of different working environments come with increased costs.”

Levin says small businesses need to be smart about how they use their office space.

“A lot of the things we do is try to create natural barriers within an open workspace,” he says.

“So you might put some open shelving or units with some foliage on the top – what that does is still keep an open environment, but divides up the space and reduces the noise.”

“A lot of organisations have moved from office-based work to an open-plan or activity-based environment,” Meredith says,

“People are concerned about trying to do concentrated work when their environment isn’t conducive to that. Where leaders can help is by providing varying places to work in the workplace – quiet spaces that might not necessarily be at your own desk. The trick is to work with your people to rethink about where they spend their workday.”