Darlinghurst Theatre Company: ‘You can’t just have men telling us the greater wisdoms of the world’ 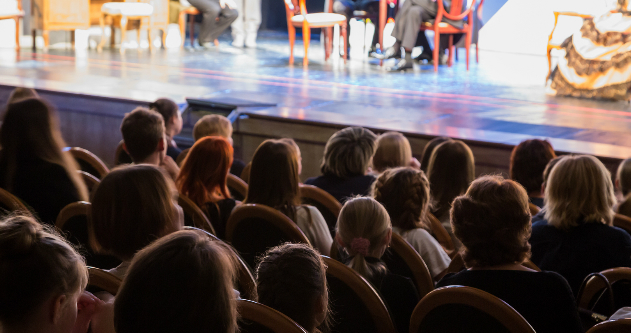 In 1993 Glenn Terry established the Darlinghurst Theatre Company. The company – which once operated in a revamped chapel on Kings Cross before it was destroyed by water damage – has taken on different incarnations over the past 25 years.

They are currently based at the Eternity Playground and, unlike some small theatre companies, pay artists award wages. Terry says that the Darlinghurst Theatre Company has always been based on the same principles.

“We ask artists to come to us with their passion project,” Terry says.

“For most theatre companies there is one artistic director who tends to direct the work. It tends to come from one person’s mind and one person’s perspective.”

“We were interested in talking about the greater world and what’s happening now, and also to put diverse stories on stage.”

Terry says that Darlinghurst Theatre Company strives to work with both established and emerging artists, and seeks to reflect Australia’s cultural diversity.

Find out how AGL can help your business become a leading force in Australia’s diverse small business landscape.

Following some scrutiny over a lack of gender diversity in 2016, they established gender parity policies for the employment of all artists. This includes directors, playwrights, performers and creative.

“In the employment of artists across a season if we employ 40 performers, a minimum of 20 need to be women,” says Terry.

“And we try to be respectful towards cultural diversity. For example, if there is a Middle Eastern role [we] need to assign somebody who is Middle Eastern so we can represent that culture authentically.”

“By their very nature theatre artists are very collaborative. They are honest, driven and used to working together to achieve outcomes.”

Terry says that – while there are no right-wing theatre companies – the industry is fighting against a history where productions were written for a predominantly Anglo culture.

“The kind of numbers of women and men on stage still need redressing, but that’s more to do with playwrights who would traditionally give men greater themes to talk about,” says Terry.

“Women would talk about their husbands and boyfriends and babies, which was appalling. But this is changing, with female playwrights creating wonderful pieces with great leads and so on.”

Terry stresses that, while there can be a sense of mindfulness in the people you employ, there is nothing like policy to ensure diversity in the workforce.

“With gender parity quotas, people get carried away with ‘it has to be right person for the job,’ but if you don’t create the parameters for that to happen, it’s not going to happen,” Terry says.

“It gets down to something more fundamental. You can’t have just have men telling us the greater wisdoms of the world. It’s just weird.”

“It’s something you have to do in the programming.”

For Darlinghurst Theatre Company’s 2018 season, Terry says they are looking at productions which relate to Australian attitudes towards refugees and immigration, in addition to shows about equality.

Upcoming plays include An Act of God by David Javerbaum, a satirical and subversive play with a serious message about how religion has been appropriated by different cultures to malign people.

He also says the Torch Song Trilogy – a story about a Jewish New York drag queen – reflects how that family unit is still not accepted in many cultures including parts of Australia.

“We programmed that mainly because it was a wonderful piece which is heartfelt and strong and beautifully done, with a fantastic lead performance,” says Terry.

“It also says something about our current time.”