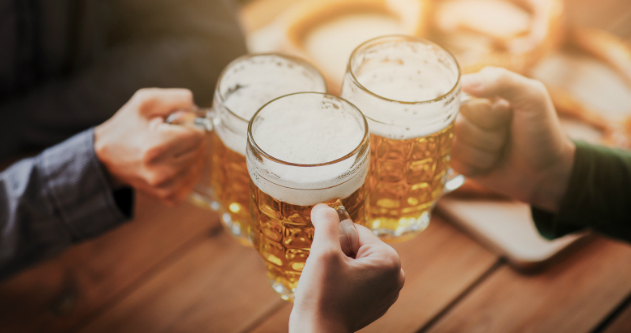 Owners of the Golden Monkey Adam Ong and Michael Chen met while studying Commerce at Melbourne University. They had similar tastes in food, music and both enjoyed going out. They regularly organised parties and events for their peers and – about 20 years ago – committed to the idea to start a bar.

Ong says that, at the time, the bar scene was different. “We were often told, ‘hey, sorry, but there are too many Asians in here right now.’ They weren’t saying it to be rude or racist, but in a similar way that you might be told there are too many guys inside.” says Ong.

“We felt that we understood what bars were all about and found that Melbourne lacked this old Shanghai style venue. With girls in cheongsams, Asian influenced drinks, Asian tapas and so forth. A place where we could bring our culture to Melbourne for everyone to experience. A place where everyone was welcome.”

Following university, Chen found work as a banker and Ong worked as an accountant. However, they soon realised they were never going to open their bar until they got serious.

So, they quit their jobs to gain experience in the hospitality industry. Ong worked in the kitchen and Chen as a waiter at different Malaysian restaurants.

They would meet up each week at the Pancake Parlour to work out a business plan and, say Ong, they never looked back.

“[The experience] taught us the flow of hospitality. The terminology. When you are eating out, you don’t realise how much work goes into waiting tables. The things you have to pay attention to,” says Ong.

“You learn all these little tips and tricks. If we didn’t do this, we couldn’t have opened the bar properly.”

To finance the Golden Monkey, they used savings, organised nightclub events and took out a loan. They eventually found a suitable venue in Hardware Lane, and engaged an architect and a designer to ensure that their vision was fulfilled. They opened the bar in December 2005 on a shoestring budget.

According to Ong, the secret to success is that they have cultivated a welcoming, diverse and fun atmosphere with a strong concept and great staff.

“We are always reinventing our drinks and food, and we have great live music and DJs,” says Ong.

“Golden Monkey has something for everyone. It’s the type of place people come back to as they always feel a connection towards it. I always used to watch Cheers when I was younger and think good bars are those that customers are part of the family. It’s been this way for 12 years.“

When asked if he would recommend that other young entrepreneurs follow the same path he took, Ong laughed and demurred.

“I never loved what I was doing as an accountant so I didn’t excel. But when we opened Golden Monkey – even though Michael and I had no experience in the bar industry – we found because we were passionate we did well. I still get up every day loving what I do,” Ong says.

“Working with a business partner who is a good match – with strengths in different areas – has also been incredibly important.”

“Having said that, you have to understand the economics of the field you want to enter … working in the food and beverage industry is extremely difficult, and the margins are really low. It’s a lot of effort and heartache, and it’s really hard to make money.”

“So you should pursue your passion, but also weigh up expectations.”