Why seniorpreneurs are the new force in small business 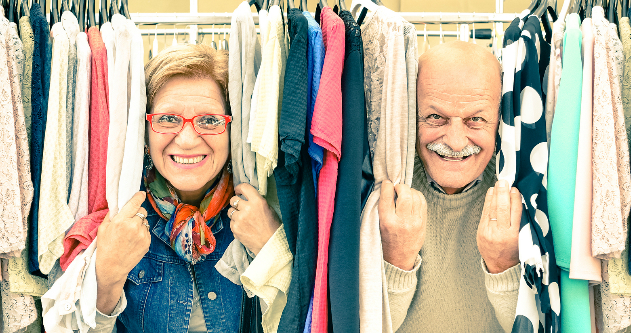 All entrepreneurs are Millennial coding wizards who spend their days inventing disruptive fintech platforms between ping pong tournaments and lounging about in bean bags in their uber-cool, open plan offices. Right? Not so fast.

The entrepreneurship activity rate of 8% for this age group is about 3% above the average of innovation-driven economies, which makes them the fastest-growing pack of our entrepreneurial talent.

Bambi Price, co-founder of Melbourne-based SeniorPreneurs Foundation, says our ageing population and a changing nature of work are key drivers of this trend. Plus, older people bring a wealth of knowledge to small business.

“Entrepreneurship is commonly seen as being just for ‘young’ people, but research shows that most entrepreneurs are over 40,” she says.

“There is an untapped pool of people over 50 who wish to start a new enterprise to generate revenue for themselves, perhaps for the first time, or to address social issues.

“Many of these people may never have been self-employed, but their lifetime of experience that they can bring to their ventures and to each other is often underestimated and undervalued.”

Price says older Australians choose to start a venture later in life for varied reasons including simply not being ready for retirement – but others find they have fewer options because of rampant ageism.

“The vast majority of seniorpreneurs are people who have had changes to their current work situation, as a result of company restructure and are in that age where re-employment is difficult,” she says.

“Australia loses over $10 billion a year by having people unemployed who could be employed were it not for age discrimination.”

After his superannuation nest egg took a hit during the GFC, Proctor bought into his franchise for $15,000. In less than 12 months he doubled his income and built a loyal customer base through hard work and regular, engaging posts on his Facebook page. Proctor had previously owned a building supplies business so knew what it was like to be an employer, and what it meant to run a profitable operation.

“Business is keeping your overheads down – it’s really basic,” he says. “And if you don’t put the time in, you won’t succeed.”

Proctor trained horses for 30 years so was used to working with animals, but washing dogs was a new venture – but he took to it, well, like a dog to a bone.

“I had two trial days and when I got home my wife said ‘I don’t even need to ask how it went, I can tell by the look on your face’,” he says.

Proctor is now considering purchasing a second trailer and taking on another senior person to help a few days a week.

“I’m working longer hours than I thought I would for the moment but at the end of the day I can sleep because the bills are getting paid and we are getting ahead.”