As cash disappears, will Afterpay and the buy-now-pay-later vanguard fill the gap in the market? 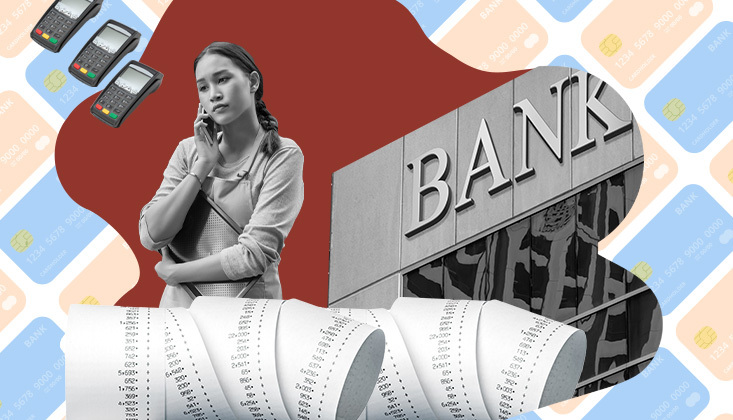 Cash was already teetering on the brink of oblivion. COVID-19 just kicked it over the edge.

The fear of fomites (viral particles passed via surfaces) has much of Australia paying with anything but physical money these days. Tap-and-go is ascendant.

But the trend has been around longer than the virus. The Reserve Bank has been tracking how we pay for things. As well as the obvious — the near-total demise of cheques — it has seen a huge and rapid shift in payments from cash to cards, as the next graph shows. 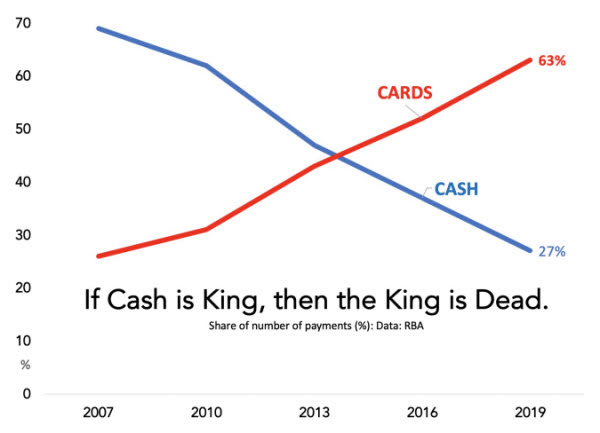 Intriguingly, there is still huge demand for $100 notes. There are 361 million of them — more than all $20 notes and $10 notes put together. Demand is so huge that the RBA can’t quite explain where they are going. The best explanation is that many are being hoarded as a store of value, perhaps offshore.

They’re certainly not being spent, not even on big purchases. We use cards for large and small purchases alike. Large purchases require a PIN, however, and that was a problem in our new hygienic era. 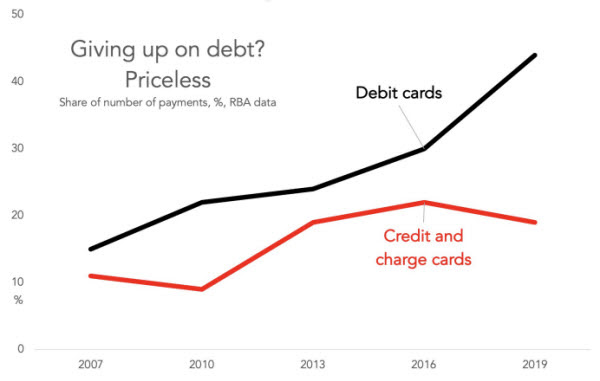 To reduce touching during the pandemic, many banks and payment providers raised the threshold for when you have to use a PIN. Customers now only need to use one when the amount is over $200. By the time the coronavirus fades probably none of us will remember our PINs.

The way we pay on card may not be quite what you’d expect. Despite millions of tap-and-go transactions each day, Visa and Mastercard have not dramatically increased their market share. In fact, between 2016 and 2019 they lost ground. Australians prefer to pay with their own money, debiting their account for each transaction.

Young people in particular are not signing up for a card. Much earnest guff has been written about how young people’s experience in living through the global financial crisis turned them off credit. It seemed like a good theory — until the controversial rise of Afterpay.

Afterpay is a buy-now-pay-later service. Instead of functioning as a loan, it splits a purchase into four instalments. There is no interest, but there are late fees.

It’s insanely popular with young people, and it and its many competitors put to the sword any idea that debt is now a nasty word. A more realistic explanation is the idea that Visa and Mastercard grew large and old and slothful, failing to innovate and failing to market to the youth. So Afterpay ate their lunch. 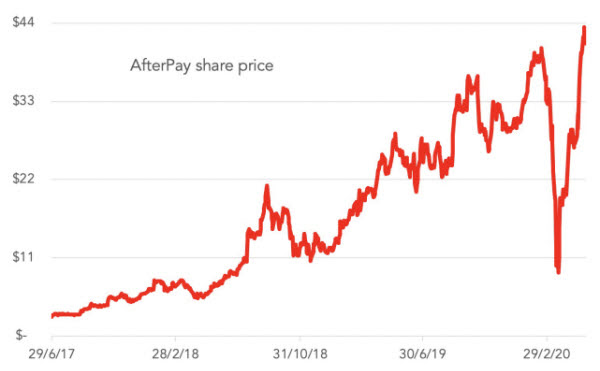 There was a gap in the market for a new way to pay later. It created a service to fill that gap. Is that so bad? Turns out the answer is complex.

Afterpay is extremely popular with customers because they don’t bear the cost. The real way it makes money is not by late fees, but by clipping the ticket on each transaction. And those fees are high.

Buy-now-pay-later services charge merchants 3% to 6% of the purchase price — that’s two to 10 times as much as a credit-card provider charges. They also ban merchants from passing on those fees to customers who choose to use them. That means the rest of us are cross-subsiding these schemes.

The consumer advocacy group Choice put it like this in a recent submission to the RBA: “[Buy-now-pay-later] providers are not playing by the same rules as other payment providers, hurting merchants and consumers alike”.

Regulation is part of the answer. Retailers should be allowed to charge customers who use high-cost payment methods if they want to. Competition is also part of the answer. Already cheaper alternatives are crowding into the market, including a “white-label” buy-now-pay-later scheme called Limepay that allows retailers to run their own system equivalent to Afterpay.

Cash is never coming back — we know that. But what precisely will replace it remains a fiercely fought battle.