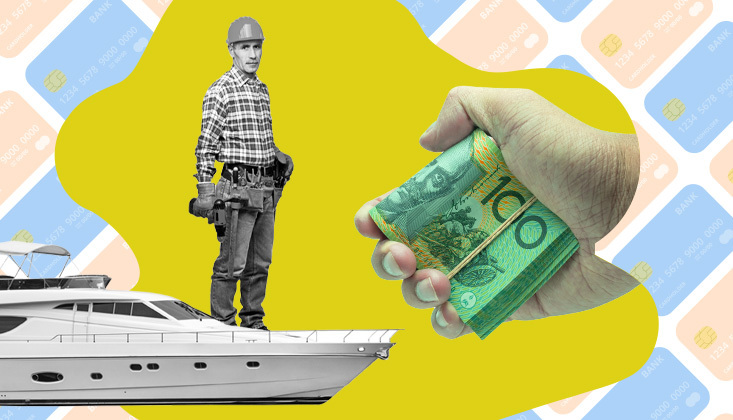 “I have a memory of paying for a car in cash, more than $10,000, some years ago,” says tax expert Professor Miranda Stewart.

“But it’s pretty hard to see why that would be necessary now.”

The rise of electronic payments in recent years has increasingly rendered the use of cash for significant purchases unnecessary — and, for most, inconvenient.

Unless you want to avoid leaving a trail.

“Cash is difficult to trace, so there’s no record of a cash transaction unless that record is made through other systems,” Stewart tells The Mandarin.

“Clearly that’s attractive for people who want to avoid not just the tax system, but may want to avoid social security income declarations.”

In sectors where staff are commonly paid cash in hand, it also facilitates wage theft.

Recognising these problems, the government has been pursuing a $10,000 cap on cash payments involving a business, recommended by its own black economy taskforce.

Legislation enacting these measures is expected to eventually pass, after it was given the okay by the Senate economics legislation committee in February. The government says it is now considering the committee’s report while it deals with the pandemic.

Seeking to gain a better understanding of crime in Australia, the federal government established the black economy taskforce back in December 2016.

It argued a large proportion of the nation’s $50 and $100 notes may sit in the black economy, though no one has any clear idea of just how big that proportion might be, and whether reducing the number of high-value notes in circulation would have any impact on crime.

“The black economy is more diverse, more complex and influenced by a wider range of factors than we first realised,” reported the government’s somewhat surprised taskforce back in 2017.

The report also emphasised that it’s not just organised crime that dodges tax, but many ordinary Australians:

“The traditional view which placed the ‘cash’ and ‘black’ (or criminal) parts of the problem in different categories, leaving the former to tax authorities and the latter to law enforcement, is outmoded.”

Taskforce chair Michael Andrew, who passed away last year, was fond of reminding audiences just how normalised some of these activities are, recalls Miranda Stewart, who was on the taskforce’s stakeholder reference group.

Two of the big recommendations to come out of the inquiry were a $10,000 limit on cash transactions involving businesses, and that wages should be paid into bank accounts. According to the report, this would promote a fairer economy:

“Making payments in cash makes it easier for businesses to underreport income, and to offer consumers discounts for transactions that reflect avoided obligations, gaining a competitive advantage over businesses that either cannot or will not offer such discounts.”

It’s hoped that imposing limits on the use of cash even for legitimate businesses would flow up supply chains. A cafe may pay its fruit and vegetable supplier in cash, for example, and that supplier may be involved in nefarious activities. Making those payments electronic can end up “moving all the businesses in the chain increasingly out of the shadows”.

But there has been a surprising amount of resistance to the cash payment cap in particular. The Senate committee examining it recommended a campaign to clear up misunderstandings about the bill, with some community members mistakenly worrying the change would outlaw keeping money under the mattress.

Others expressed objections based on a philosophical right to use cash, the prospect of savers being stung by negative interest rates, or tighter surveillance on citizens. The Senate committee said it “rejects the conspiracy inherent” in some of these objections.

Indeed, it looks like the international trend is not on the objectors’ side, with other countries already going further than Australia. Residents of France are not allowed to make payments of more than €1000 in cash, and the European Commission is considering whether similar rules should be applied across the EU.

India’s experience also demonstrates the need for policy in this area to be carefully designed. India’s poorly conceived ‘demonetisation’ policy, aimed at flushing out unexplained wealth, involved banning 500 and 1000 rupee notes. The ensuing chaos is believed to have cost the country more than 1% of GDP and 1.5 million jobs — and even caused several deaths. The impact was even visible in satellite imagery, where night-time lighting was visibly dimmer as a result of lost economic activity.

The other big rationale for reducing reliance on cash is that the alternative is cheaper — despite the fact that businesses are more likely to charge extra to pay by card.

“There is a view that cash is free,” notes the taskforce’s report — but it’s not.

“Businesses dealing in cash incur a range of expenses, including storage, transportation and monitoring costs (given the heightened risk of employee fraud).”

Cash needs to be transported in heavily armoured vans, and businesses need to pay insurance and security costs to keep it safe.

On top of this, with fewer people using cash, the cost per transaction for ATMs is increasing.

While these fees accrue to banks and other commercial entities, they end up influencing the price customers pay.

Some economists also believe moving more of the economy into the banking system may boost the efficacy of monetary policy and improve overall financial stability.

Of course, not everyone is as eager to change as the card-toting millennials.

About 15% of respondents in a reserve bank survey used cash for over 80% of their in-person payments last year, while about 10% used cash for all in-person transactions.

The black economy taskforce’s report notes there may need to be special measures for some:

“Recognition that some in our community, including those living in remote communities and the disadvantaged, may not be able to adopt non-cash payment methods. Specific programs might have to be developed for them, if the trend away from cash continues and our recommendations are adopted.”

Cash is also a failsafe in a time of crisis. A massive cyber attack in Ukraine a few years ago brought down the electronic payments system. Closer to home, January’s bushfires knocked out power and mobile services in some places, leaving cash the only means of paying for petrol or food.

People generally continue to use cash for two main reasons, according to RBA research: personal preference and merchant acceptance. About one-third cited factors relating to merchant acceptance, fees and pricing. Some people find it easier to budget with cash, or prefer to use their own money (instead of credit) — both common reasons among high cash users.

Additionally, cash has its own value, providing for instantaneous settlement — however, improvements in technology are increasingly bridging this gap.

Nonetheless, the black economy taskforce recommended government encourage the shift away from cash.

Apart from the $10,000 transaction limit and requiring wages be paid electronically, it can do this by encouraging competition and innovation in the payment system, while remaining neutral between competing non-cash initiatives, says the report.

The taskforce also suggested incentives for small businesses to adopt entirely non-cash business models, together with a benefit for those who have already taken this step.

Additionally, the government should make further efforts to identify large, undeclared amounts cash moving in and out of the country, including polymer scanning, says the taskforce.

Moving further away from cash “could help limit the scope for the black economy and bring other economic efficiencies and social benefits, including red-tape reductions and reduced business costs,” argues the report.

“We recognise that not everyone is willing to go electronic, and even though social resistance to electronic payments continues to fall, it is on business and government to lead the way.”