Coronavirus has fast-tracked our journey to a cashless future, but will cash disappear altogether? 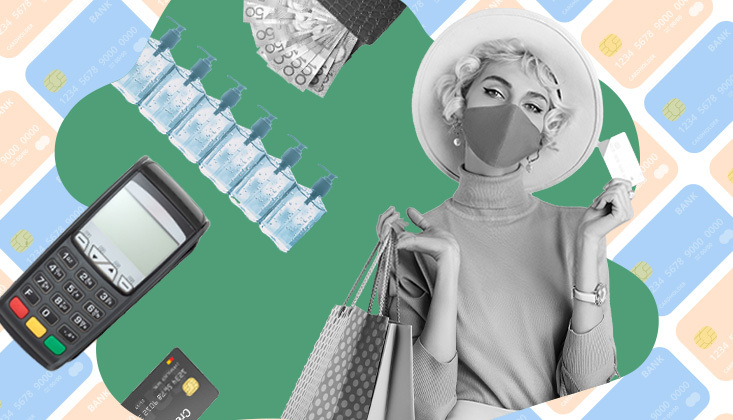 And while other societies stubbornly cling to old-fashioned payment methods, we’ve taken up contactless tap-and-pay with great enthusiasm. And now, as COVID-19 has induced a fear of physical contact, that’s set to accelerate.

When did so many Australians fall out of love with cash? The most recent survey of consumer payment behaviour from the Reserve Bank of Australia suggests it’s been a long time coming.

Despite the recent growth in things like Apple Pay, internet and phone banking account for just 3% of all payments.

The Commonwealth Bank said Australia is the sixth least cash-dependent society in the world and could be cashless by 2026. Other more ambitious estimates suggest that could happen in just two years.

It’s a trend across the Western world. Even in the United States, where things like tap-and-pay are a rarity compared with Australia, three in 10 adults don’t use cash each week.

The virus makes it worse

But these changes in spending patterns will probably be locked in even further by the pandemic, with more shops urging customers to use cards or contactless payments, says Swinburne University of Technology Professor Steve Worthington.

“I think people will get used to not using cash and after the pandemic those habits will roll on,” he says.

“Contactless, digital and other payments will increase.”

In early March, the World Health Organisation was misreported as having recommended contactless payments over cash. It had, in fact, advised people to wash their hands after using banknotes.

Still, the decline of cash has been swift. Anecdotally, at least, many cafes and restaurants are accepting only cards. ATM withdrawals have declined by about a third since the start of the crisis and there’s been a 60% drop in ATM withdrawals in the UK.

But there are other ways the pandemic might have rewired our spending habits. In the early days when we were panic-buying toilet paper and pasta, others were doing the same with cash.

“When the whole pandemic kicked in there were a lot of large transactions where people took a lot of money out of the bank at a time,” Worthington says.

“During a crisis like this, people feel a bit insecure, so you’d rather have cash to hand.”

The Reserve Bank said some people were withdrawing millions — the kind of behaviour last seen during the height of the global financial crisis.

Less cash, but not quite cashless

“Cash will continue to decline, but it won’t be eradicated,” he says.

“We might be a less cash society, but we won’t be a cashless society.”

That’s because for many of society’s most vulnerable people, a cash-free society can be incredibly exclusionary.

“People with disabilities, the elderly, people in rural communities with less access to technology, newly arrived migrants without a bank account, they’re all excluded,” Worthington says.

Sweden, the poster child for a cash-free world, is a case in point. There are fears it moved away from cash so fast that many who relied on it were left behind, and it’s now so tough to even find an ATM in Stockholm that the country recently passed a law forcing banks to offer cash.

And in the US, there’s a growing pushback against cashlessness at a local level: in January New York joined New Jersey, San Francisco and Philadelphia in passing a law stopping businesses from refusing cash.

Worthington says once the pandemic is over, Australia should consider doing a similar thing. We still have our share of unbanked or underbanked people. And during a tough economic recovery it’s they who will suffer most without freedom to pay with cash.

This article is the first in a series on the future of money by SmartCompany, Crikey and The Mandarin.