SMEs are ditching cash, as coronavirus fast-tracks a shift that will fundamentally change how they do business

Popping down to the local shops to grab Roll’d for lunch? Leave your coin purse at home.

The popular Vietnamese food franchise doesn’t want your money — well, at least, not your coins and notes.

These days it’s cashless payments or nothing at Roll’d, and if chief executive Bao Hoang has anything to say about it, that won’t be changing anytime soon.

“It was always the trend anyway, but now less contact is always going to be better, particularly when we’re talking about COVID-19 without a vaccine.”

That “trend” Hoang refers to is an ongoing shift towards an oft-idealised ‘cashless society’ — a perhaps not-too-distant future where metal and paper-based fiat currencies give way to their digital equivalents.

You’ve probably heard this before. The prospective death of paper-based currency has been a recurring prognosis since the invention of eftpos in 1981, and last year, Reserve Bank governor Philip Lowe said it’s easier than ever to envisage the future of cash as a “niche” payment method.

But that was then, this is now. As the coronavirus crisis changes how business is done across the world, economic timelines are being redrawn, and the life expectancy of the notes in your pocket is no exception.

Where cash was shrinking into a niche, it is now in full-blown retreat, as firms from the UK, the US and Singapore reportedly ditch paper currency in droves.

At home, even major supermarkets Coles and Woolworths have declared their preference for tap-and-go payments as they seek to sanitise their operations.

Recently, a survey panel of 1,000 consumers published by cashless cheerleader Mastercard claimed 44% of Aussies have decreased their use of cash since the pandemic began.

Even before the pandemic, Hoang says about 60% of Roll’d transactions were card-based, but by the time a vaccine is available, Hoang expects that figure to rise to at least 80%.

“A lot of businesses will go cashless after this, and we’ll become a much more seamless economy that way,” Hoang predicts.

It is unlikely that cash is going to completely disappear anytime soon, but as businesses start to plan their way out of pandemic trading, the growing influence of cashless payments is already changing the day-to-day lives of SME owners.

Business-as-unusual in an increasingly cashless world

It’s still not entirely clear what the implications are, but the trend is clear.

In practice, paper money retreated from large parts of the economy ages ago. Businesses seldom clear invoices with wads of $100 notes, and the federal government doesn’t mail bills to small business owners applying for grant programs.

It’s at the retail level, where many SMEs trade, that physical cash has continued in regular use, although even there, the uptake of card payment methods has risen rapidly.

This uptake has been occurring for some time, according to regular surveys conducted by the Reserve Bank, and as bricks-and-mortar stores closed in favour of e-commerce transactions when Australia went into lockdown, the use of cash was curbed even further. 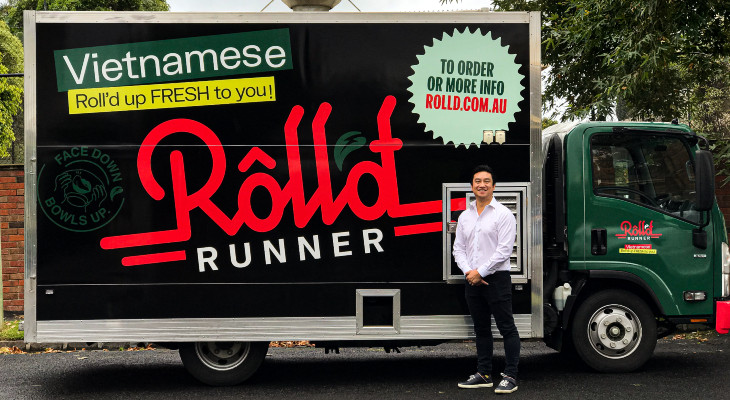 Many restaurant owners welcome the change. There are, after all, a range of benefits to ditching cash payments completely, even if it took something on the scale of a global pandemic to bring it on.

DJ, the owner of longstanding Melbourne Indian restaurant Gaylords, has stopped accepting cash in the wake of the pandemic.

“Taking cash puts all our customers and staff in danger … we just cannot take the chance,” the business owner tells SmartCompany.

“Most people were using the card system anyway and dealing with cash has always been a difficult challenge.”

DJ says he’s not sure whether cash payments will make a comeback at Gaylords once a vaccine is available, but he welcomes the cashless society with open arms.

“For small businesses, a cashless society will be much easier, because you don’t have to deal with closing,” DJ says.

Hoang is also not reminisce about the decline of cash transactions, saying savings associated with digital payments outweigh the burden of merchant fees for Roll’d franchisees.

“You don’t have to handle cash, and that probably saves you an hour every day,” Hoang says.