SMEs caught in a turf war, as complexities of going cashless abound 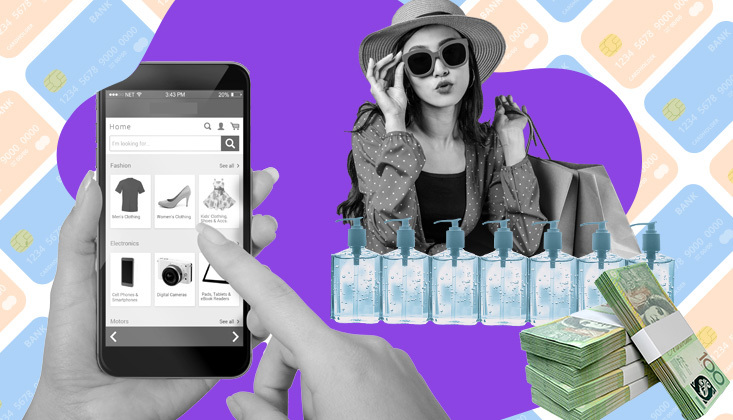 Aussie businesses are ditching cash in droves as the COVID-19 pandemic heightens fears about germ-ridden notes, but SMEs are getting the short end of the stick as multinational payments giants clip the ticket.

Most merchants have been sold on the benefits of cash-free trading by now. After all, who could resist faster payments, digital receipts and not having to do closing manually every day?

But our shift to cash-free living also carries some sobering realities, not least of which are higher merchant fees, set up costs and complicated contracts.

Cash is relatively simple: the government approves a list of denominations and circulates the currency. From that point, it’s largely between a merchant and its customers.

Card payments are a bit more complicated. Enter your friendly neighbourhood payments company — usually a multinational conglomerate that is, on average, taking between 0.3% (eftpos) to 1.8% (Diners Club) from every swipe, according to the Reserve Bank.

That’s not too bad, right? Turns out these figures hide the true inequity of accepting card payments for many small businesses, as their corporate competitor down the road is getting a much better deal.

Research published by the RBA in March revealed a disparity between smaller merchants and large businesses.

While almost half of the merchants with more than $10 million in annual card transactions paid less than 1% on average to accept cards, 50% of merchants with card turnover below $100,000 paid an average 1.5% of the transaction value.

But the various complexities and competition issues associated with the payments industry risk locking in more disadvantages for small companies.

The usual suspects are driving the gap in merchant fees, with the RBA identifying fixed costs associated with setting up card terminals, and an inability for SMEs to switch digital payment providers, as factors driving merchant costs higher for smaller businesses.

SMEs are being led into this transformation by customers, who are delighted by the convenience technologies created by financial institutions have brought. But the realities for business owners are more complex, and gone are the days of there being few middlemen between business owners and their customers.

As a result of the cashless trend, large financial institutions have a growing influence over the day-to-day, transaction-by-transaction, operations of independent businesses, and their profit incentives don’t always align with SMEs.

The quantum of fees is just the start of this story. For example, industry lobbyists including the Australian Retailers Association and Council of Small Businesses of Australia believe merchants are losing between $330 million and $550 million every year because Australia’s major banks — the largest players in Australia’s point-of-sale terminal market — have historically routed tap-and-go payments through expensive international networks, rather than eftpos.

While banks have started coming to the table on changes to their systems, it has taken several years of sustained industry pressure to achieve the outcome, spurred on by the surging popularity of smaller payments companies offering lower fees for small firms.

Meanwhile, merchants are now in the middle of an ongoing turf war between vendors old and new as corporate interests begin vying for a piece of the tap-and-go action sweeping Aussie shops.

Even the narratives surrounding the COVID-19 pandemic have served as their own example of the growing influence of financial companies over the day-to-day decision making of SMEs.

The idea that cash usage is a health hazard surfaced several months ago in international media reports, but has since been dispelled. That hasn’t stopped card companies such as Mastercard, which have a financial incentive to push customers and merchants away from cash, from pushing the same narrative.

“Australians are looking for a safe, clean and secure way to pay, which has seen contactless card and device transactions surge. It is clear that this is the preferred way to pay, now, and for the future,” Mastercard Australiasia president Richard Wormald said in a statement.

Tim Wildash, chief executive of ATM manufacturer Next Payments, has accused Mastercard of taking advantage of the pandemic to push its position in the market.

Wildash, who has his own financial incentive in slowing the transition away from cash, has his own survey data, which tells a very different story.

According to his own recent poll of 250 shoppers, 92% said they would like the freedom to choose whether they pay with cash or card, and 63% said a refusal to take cash would deter them from visiting a business.

“Mastercard is very disappointed by these inaccurate comments and is, in fact, working hard to support organisations and consumers through this pandemic with a range of proactive initiatives,” a spokesperson for the company said in a statement.

“In Australia, retailers approached us requesting that we increase the contactless limit so their customers didn’t have to touch pin pads and could be confident when shopping with them.”

Who to believe? Who knows. But when technological innovation increasingly puts large companies with their own corporate interests between merchants and their customers, market failures quickly multiply.

While many SMEs have stopped taking cash as a precaution, the larger narratives going on around the future of paper-based currency are largely outside the control of business owners themselves.

Nevertheless, consumer behaviours are shifting, and while cashless payments might make things more convenient for merchants and shoppers alike, small business autonomy is, at least in some respects, paying the price.